Learn to distinguish a tiger mosquito from other mosquitos!

Download the Mosquito Alert app and help us detect them.

1. Like all mosquitos, its body is divided into three parts: head, thorax, and abdomen

Red: head with antennae; green: thorax with the legs and wings; blue: abdomen

In order to identify a mosquito species it is crucial to understand the different parts of its body structure.

The head is small, supporting the antennae and proboscis, which is the tubular mouthpart the females use to suck blood. The thorax is the part of the body from which emerge the three pairs of legs and wings. Finally, at the end of the body is the abdomen. This is the part that fills with blood after a female bites an animal or person.

2. White lines on the body are easily seen

The tiger mosquito is small and black, it has only one white line on the head and thorax, and it has several white lines on the abdomen and legs. Its behavior is unusual since it is active during the day, particularly in the afternoon, and almost never at night. It flies close to the ground and often bites on the legs.

3. There are other species similar to the tiger mosquito

The adults are usually bigger than adult tiger mosquitos, and their body is light brown. They prefer to breed in dirty, stagnant water, including in different types of water drains, because they need water with a high organic matter content. The larvae have a very long aquatic siphon, which is a tube-shaped organ at the end of the larva’s abdomen used for breathing. 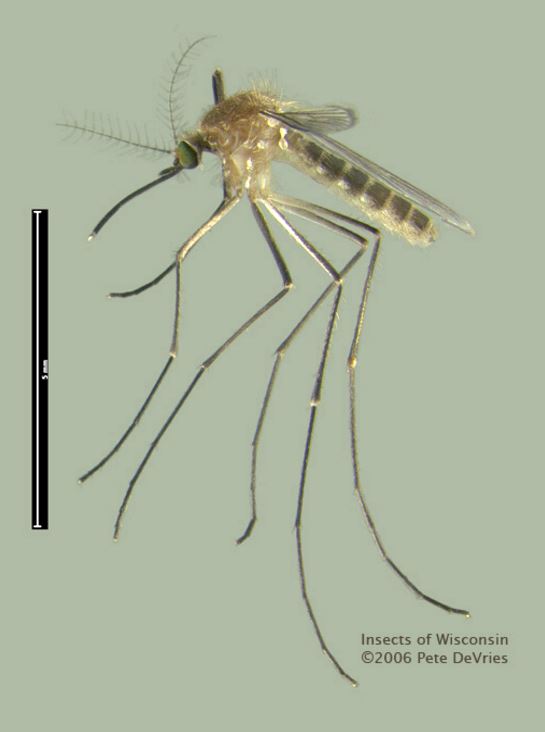 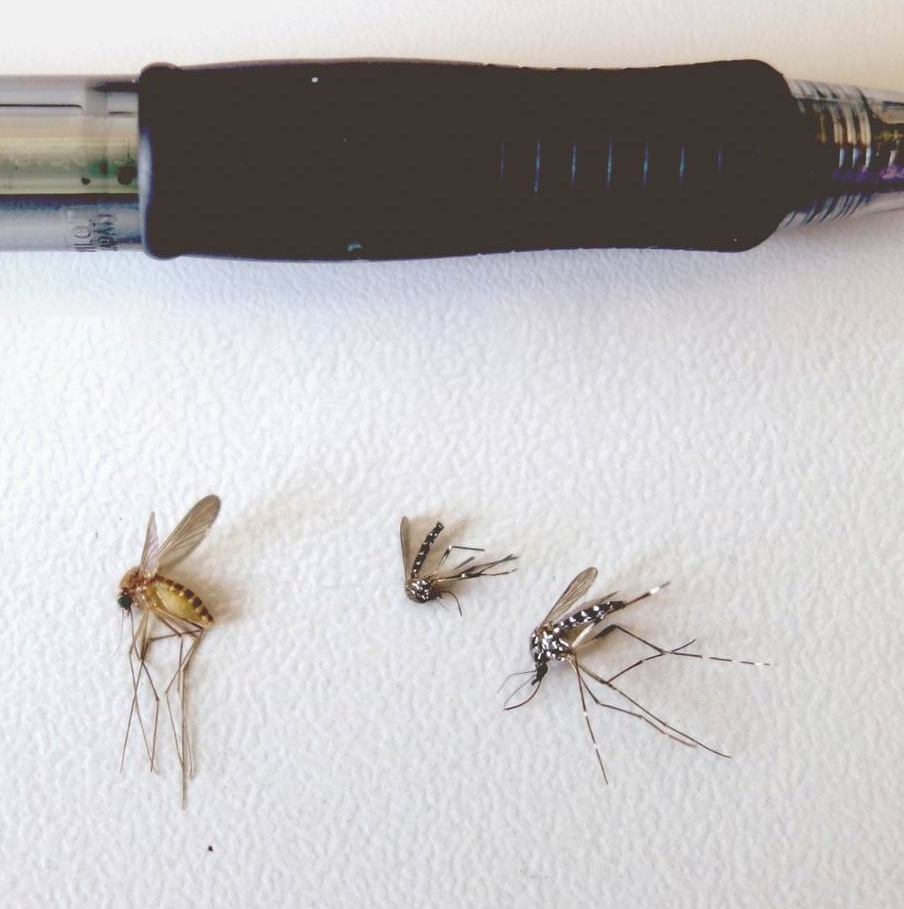 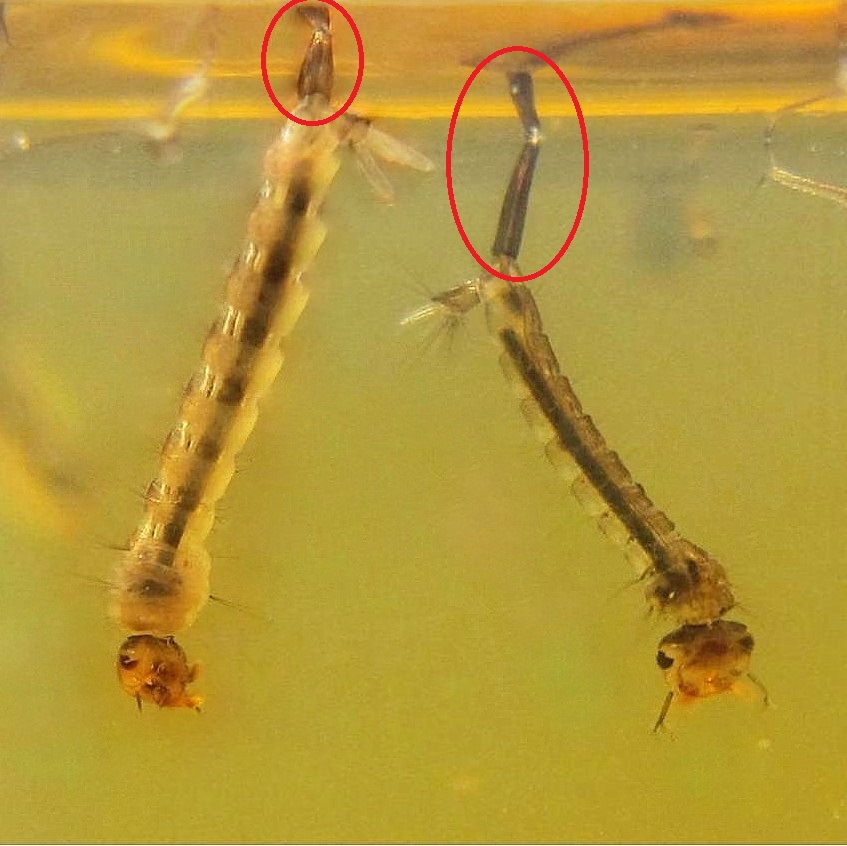 The siphon of tiger mosquito larvae (left) and the smaller one of the common mosquito (right). 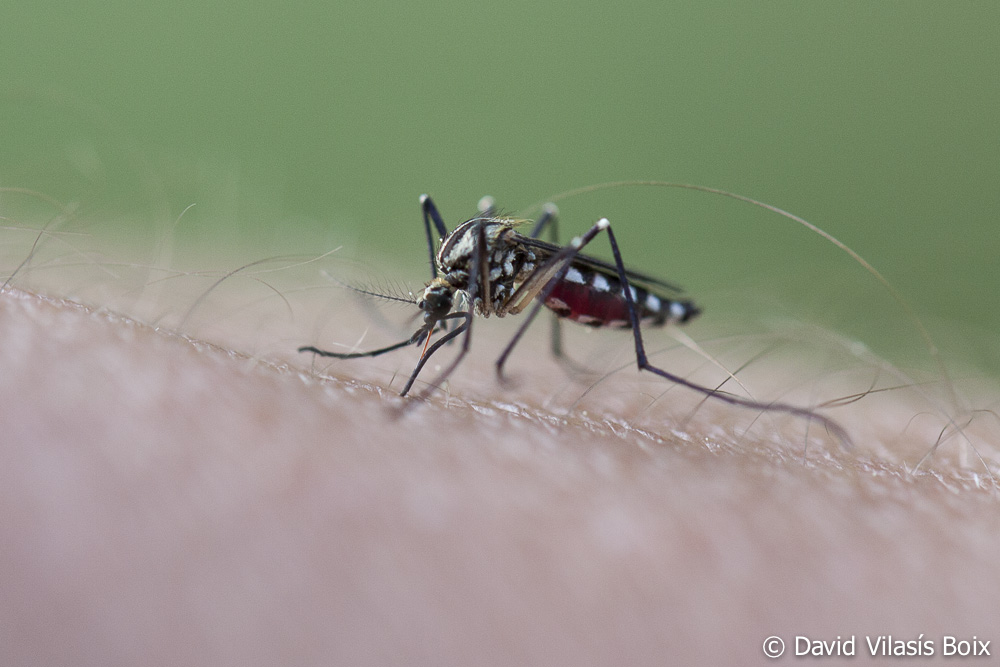 This is the mosquito whose appearance is most similar to the tiger mosquito (Aedes albopictus). It generally lives in forested areas and is difficult to find in urban areas or houses. Ae. geniculatus has a few lines with golden hairs. Its legs aren’t covered with lines like the tiger mosquito, but it does have a single white spot just at the leg joint. 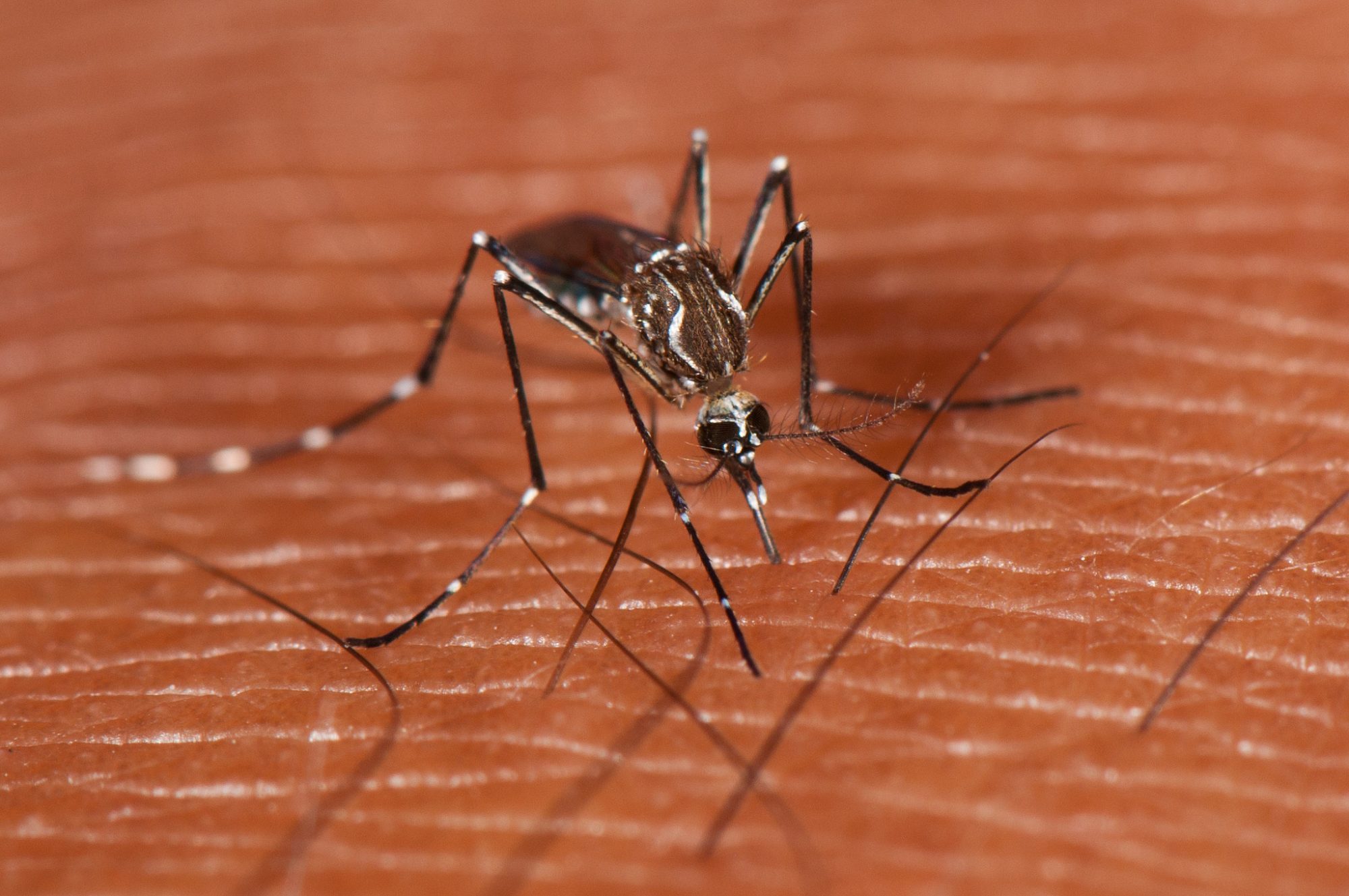 Another similar species is Aedes aegypti, the yellow fever mosquito. Like the tiger mosquito, this species is considered invasive in Europe, although its distribution is not as widespread, and it is not found in Spain. The thorax of Ae. aegypti (left) has silver scales in the shape of a lyre, while the mid section of the thorax of Ae. albopictus (right) has a single white line. Both species have a final segment of the back legs which is white. 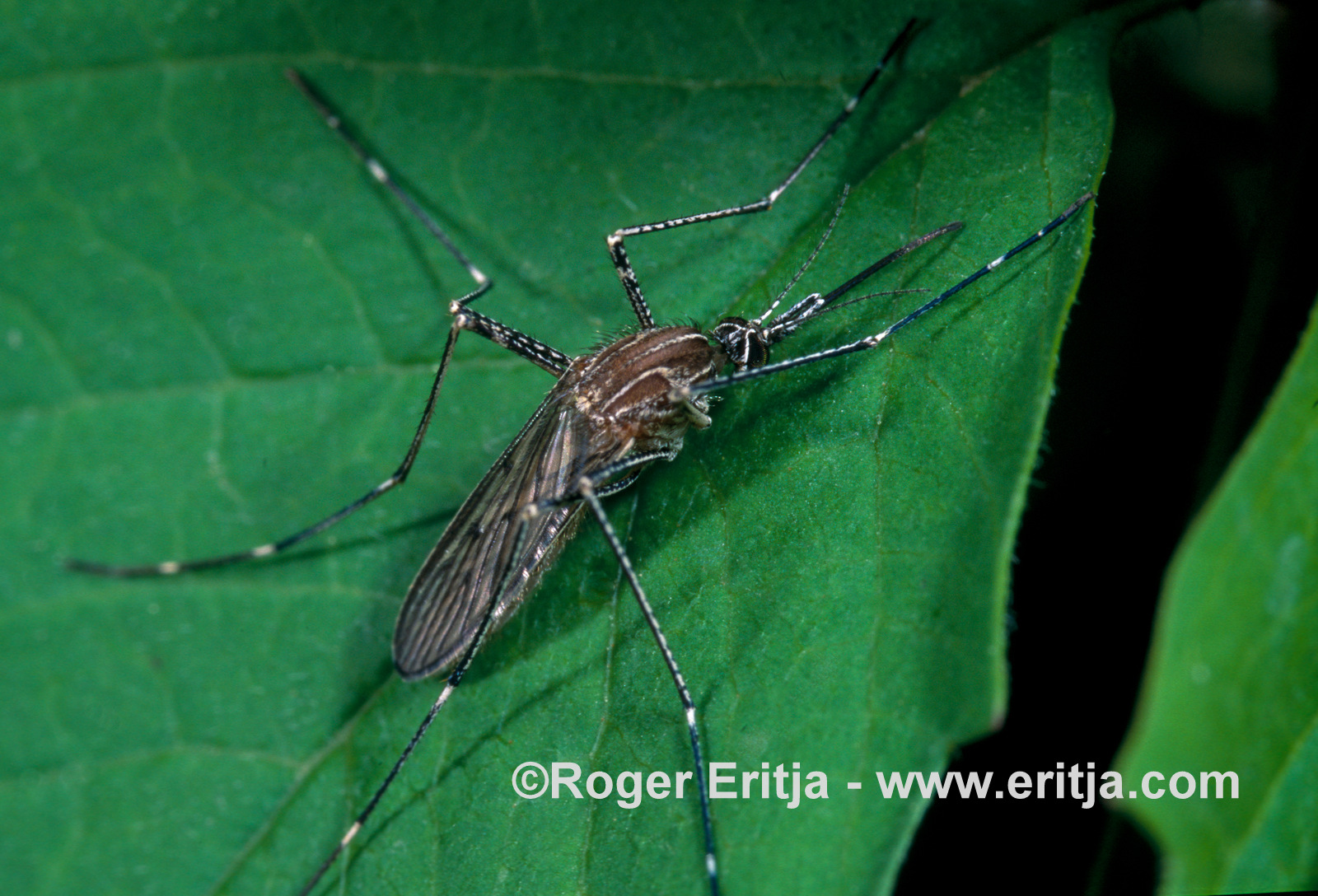 This species is abundant in all of Europe, breeding in holes in the trunks of forest trees, but it can also breed in small containers around the household. It is well distinguished from the tiger mosquito by its color: it is not black, and it doesn’t have the characteristic white lines. It bites aggressively during the day.

Do you want to know more about other “false” tiger mosquitos? Visit the gallery of the Baix Llobregat Mosquito Control Service.