5 out of every 1,000 daily car trips in the Metropolitan Area of Barcelona during the summer carries a tiger mosquito

5 out of every 1,000 daily car trips in the Metropolitan Area of Barcelona during the summer carries a tiger mosquito 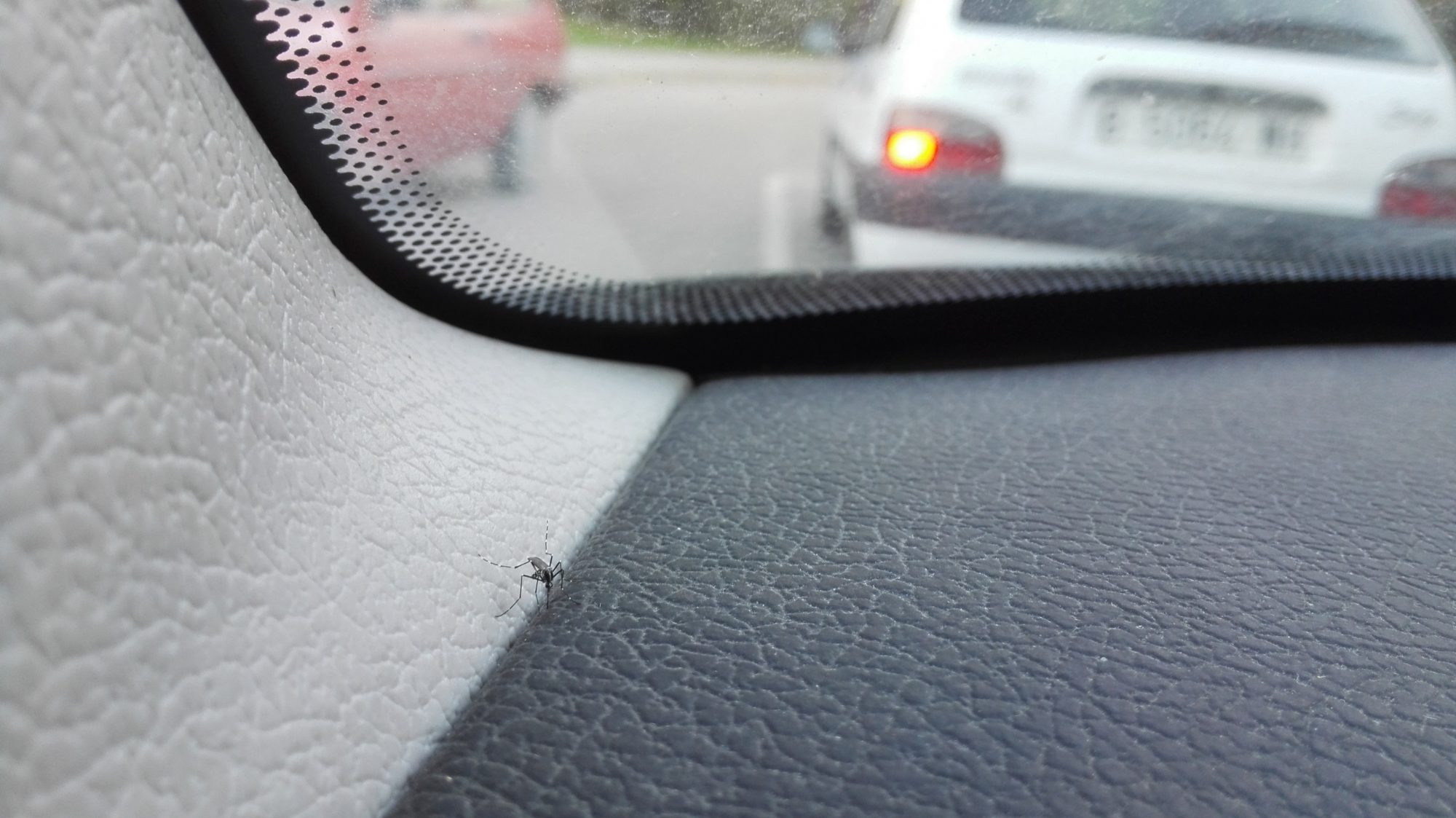 Photos of tiger mosquitos inside the cars taken by citizen with the app. Author: Mosquito Alert CC-BY

The zone of exploration of an adult tiger mosquito is only a few hundred meters. However, these mosquitos are found in places far away from their breeding sites, where arrival would be impossible were it not for some external aid.  A team of researchers from the Mosquito Alert project, supported by Obra Social “la Caixa”, including experts from the Mosquito Control Service of Baix Llobregat, Pompeu Fabra University, CREAF and CEAB-CSIC, has published a study in Scientific Reports where it is reported that during the summer in the Metropolitan Area of ​​Barcelona, each day between 12,000 and 71,000 cars make trips with a tiger mosquito inside. Based on this evidence, the scientists have evaluated to what extent cars may be advantageous for the tiger mosquito when it comes to colonizing new areas. In addition, for the first time, the study has quantified such passive transport of tiger mosquitoes between provinces Spanish by car through a ranking of the main provinces exporting and receiving the mosquito. With these data, scientists can make predictions about the patterns of colonization based on this method of dispersal.

To date, some layman’s observations and indirect evidence has already indicated that, throughout history, humans have involuntarily helped mosquitoes travel hundreds of kilometers through modes of transportation such as ships or airplanes. “Now we have numbers that show that traveling by car is a mechanism of dispersion in Spain, and knowing this will help us improve the monitoring and control of the species,” explains Roger Eritja, entomologist of the Baix Llobregat Mosquito Control Service and member of Mosquito Alert. The evidence will also improve the prediction of epidemiological risk since “the tiger mosquito is a vector of diseases; the more we understand about the diversity of mechanisms for dispersal and the real extent of their capacity, the lesser will be the risk to public health,” says Frederic Bartumeus, ICREA researcher at CEAB-CSIC and CREAF and director of Mosquito Alert. 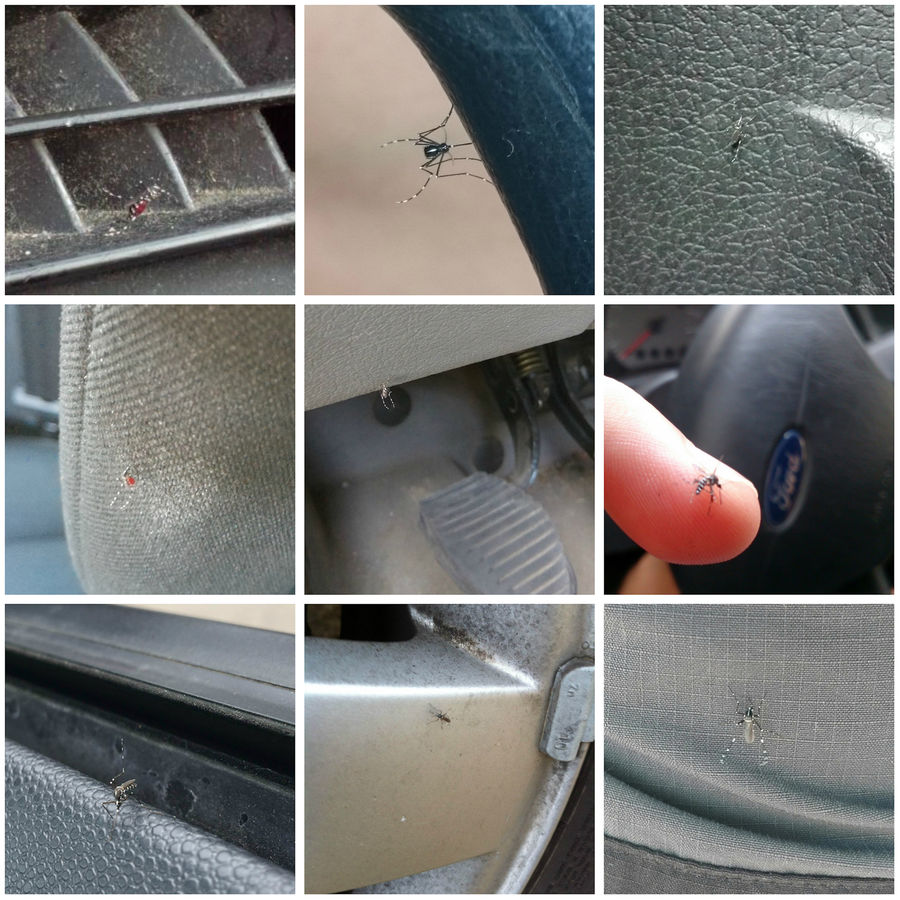 Photos of tiger mosquitos inside the cars taken by citizen with the app. Author: Mosquito Alert CC-BY

However, the researchers note that “we still do not know what proportion of the hitchhiker mosquitoes survive during the trip or at their destinations,” explains Roger Eritja. In this case, the litmus test will fall to genetics.  “Parallel to this study we are doing several DNA analyses to see if the mosquitoes that are in different regions, some very far from each other, are relatives,” says David Roiz from the Montpellier Center of Infectious Diseases and Vectors (MIVEGEC).

The researchers had the help of the Catalan police, vehicle inspection depots, and citizen science

During the summer of 2015, 770 cars chosen at random were inspected in the Barcelona Metropolitan Area. “Using a special vacuum for catching mosquitos we vacuumed the inside of the cars following a specific protocol and giving special attention to the darkest and most difficult areas to access such as below the seats, which is where they tend to hide,” says Isis Sanpera from the Baix Llobregat Mosquito Control Service. One part of the car inspection was done with the collaboration of the Catalan police, the Mossos, in different parts of the Baix Llobregat road network, and the search was incorporated into routine police inspection posts.  The remaining inspections were done at different technical vehicle inspection depots in the Barcelona area.  “In addition to vacuuming the cars we also carried out a survey with the drivers to know their trip’s origin and destination along with other questions,” says Roger Eritja. All of these samplings were coordinated by the Baix Llobregat Mosquito Control Service and were part of a national research project led by the Mosquito Alert team, with funding from the Ministry of Economy and Competitiveness. 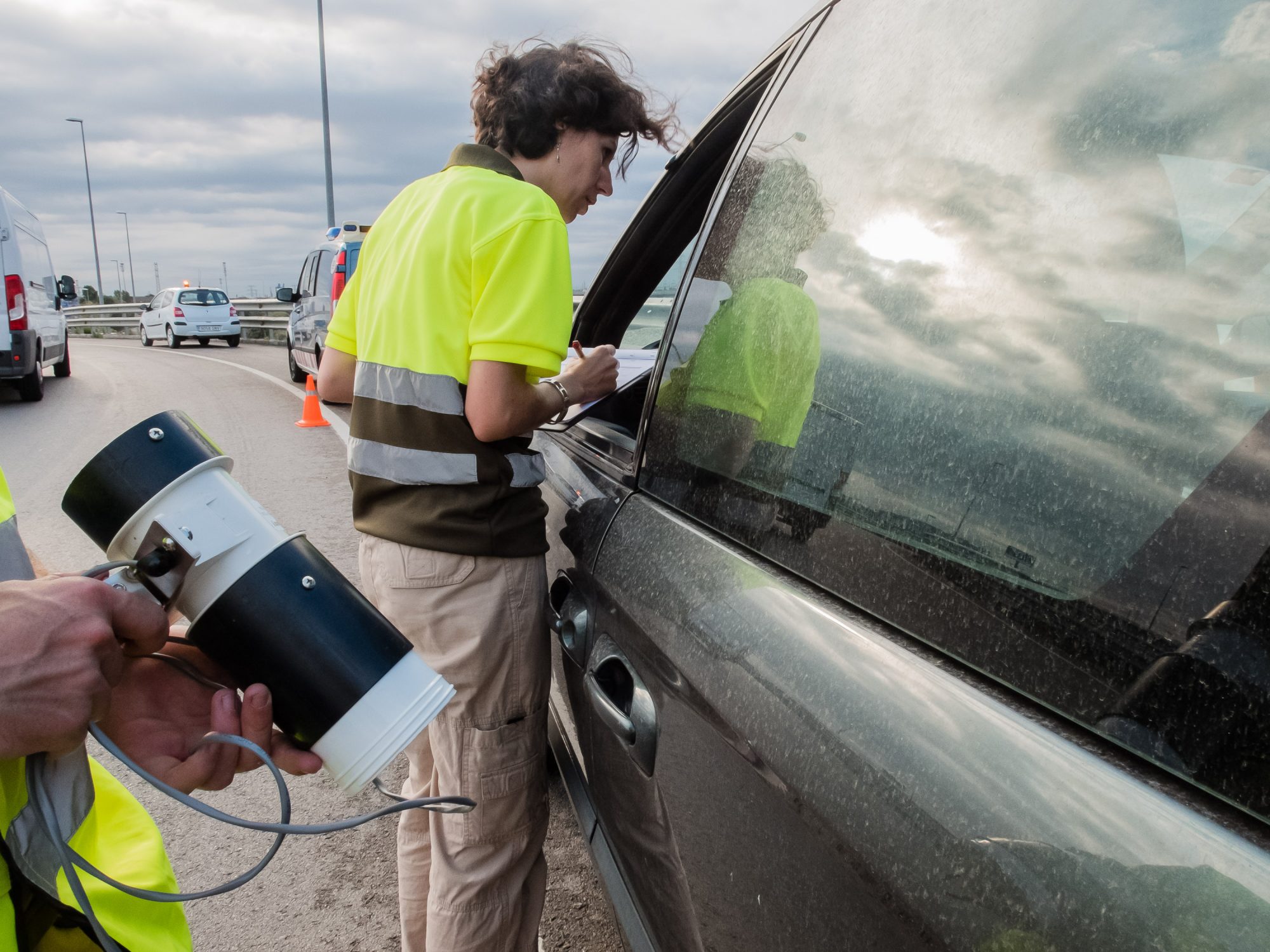 The researchers also used alerts made by citizens using the Mosquito Alert app in order to estimate the quantity of tiger mosquitos in the Spanish provinces. “Together with data on human movement and the estimate of mosquito transport by car we calculated the movement of these mosquitos between provinces. The combination of citizen science at larger scales with scientific experimentation at local scales is quite powerful and in the near future will permit addressing epidemiological problems on a global scale,” says Bartumeus. In an anecdotic sense, the Mosquito Alert data have also shown mosquito transport by car. “We have received photos from the app where the mosquitos are clearly seen in the interior of vehicles. In order to refine the results we surveyed the participants through their mobile phones in order to know if they had seen tiger mosquitos in their cars during their daily trips and how many kilometers they had travelled. In the future, hope to be able to formally incorporate this new format of citizen data on mosquito transport into our models on mosquito movement,” says Bartumeus.

The scientists created a mathematical model with these data at its core in order to predict the movement of tiger mosquitos between Spanish provinces and in cars. “Barcelona is the greatest mosquito-exporting province,  followed by Tarragona, Valencia, Alicante, and Murcia. Madrid, on the other hand, is still free of the tiger mosquito, and is the area which is most likely to have new arrivals of these stowaway mosquitos. According to the model, it is most likely that they will arrive from Barcelona, Valencia, or Malaga,” says John Palmer,  Marie Skłodowska-Curie researcher (the EU programme supporting researchers at all stages of their career) in the Department of Politics and Social Sciences at UPF. 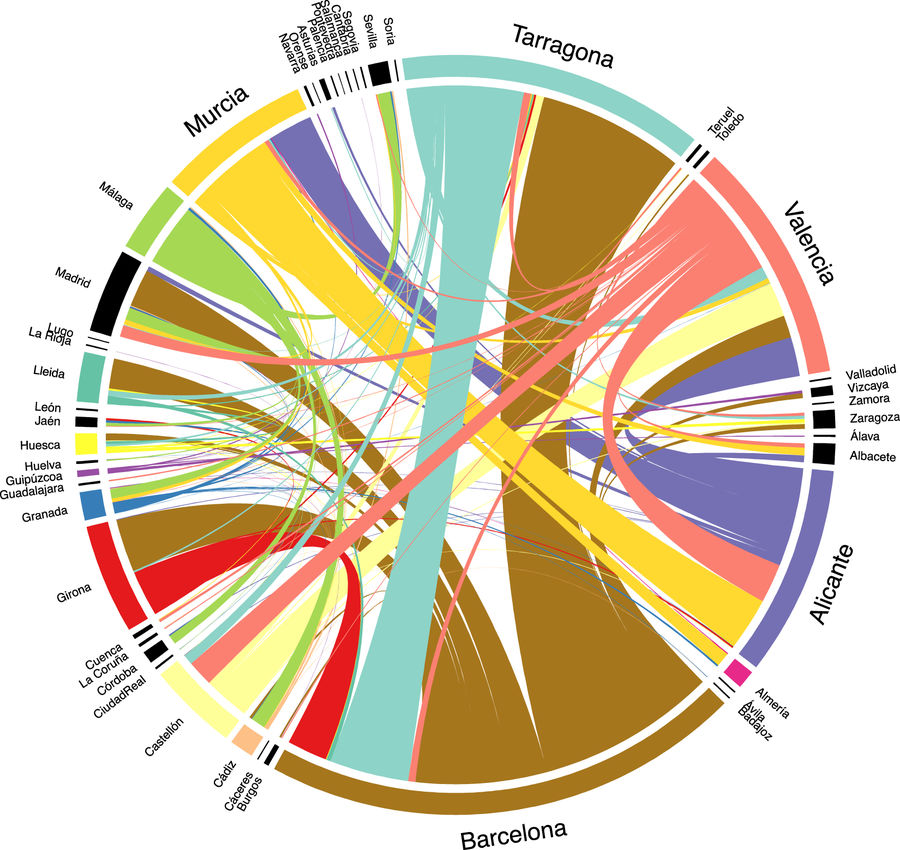 The mathematical model predicts that the months between July and October are those with the greatest amount of mosquito transport between provinces. It is during these months that there are the greatest number of car trips made by vacationers – 6.5 million according to official Spanish sources – and it is also the period of greatest activity of the tiger mosquito.  However, John Palmer says that “this model does not take into account variations in traffic during holidays, where there are often massive movements of cars which don’t occur during the rest of the year. For this reason we want to study transportation patterns and, using the model, be able to extrapolate the predictions to any place, year, and season. Then we will have a better understanding of how this insect is dispersed and be able to propose measures to halt the invasion.”