The tiger mosquito and diseases, at the exhibition “After the end of the world” at the CCCB

Last 14th November the ICREA researcher Frederic Bartumeus participated in a conversation organized by the CCCB “New climate, new diseases?”. Together with the researcher Xavier Rodó of the ISGlobal Institute, they highlighted how climate change could favor the emergence of new diseases and their vectors, such as insects. The conversation was moderated by the journalist Mercè Folch. 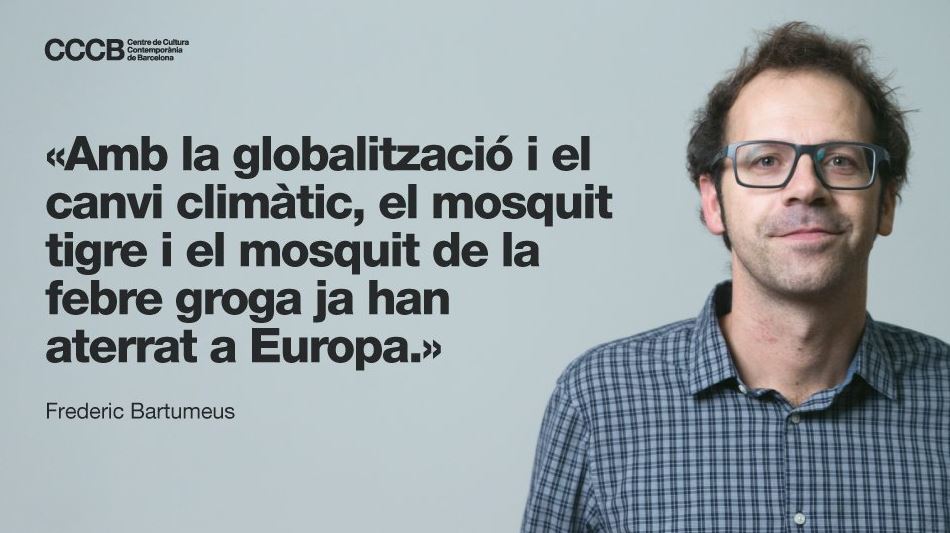 The two ICREA researchers spoke on the role of climate change in the emergence and spread of infectious diseases. Bartumeus explained how public participation through Mosquito Alert can contribute to the development of scientific studies to study the tiger mosquito. At the same time, these studies also serve to estimate the risk of transmission of the diseases that this invasive insect can transmit. The conversation ““Nou clima, noves malalties?” (new climate, new diseases) is an activity that belongs to the exhibition “Després de la fi del món” (after the end of the world) of the current planet irreversibly transformed.

View the whole video of the conversation by clicking on the image or here: 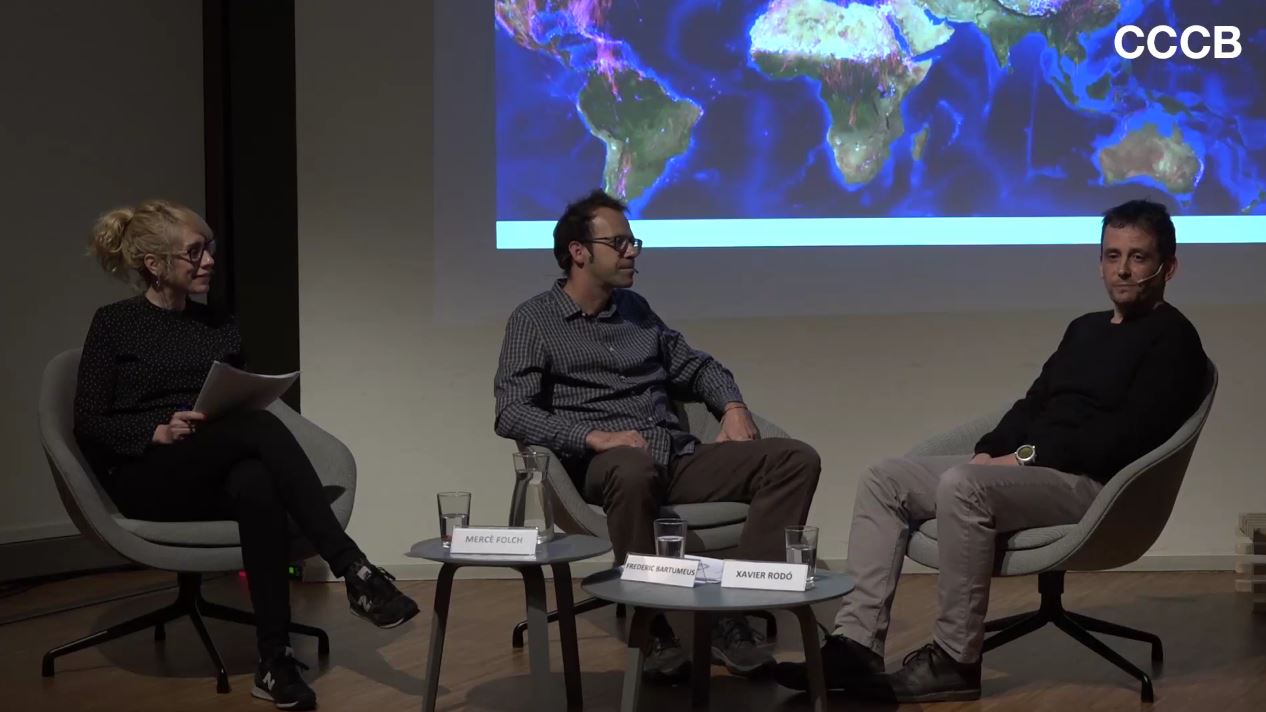 Last Sunday 2nd July the “REPOR” program from Spanish television broadcast a documentary about the problem that are causing mosquitoes in the country. From affected neighbours to pest control professionals to new technologies like the Mosquito Alert app, reporters travelled miles to find out the keys and win the “Mosquito war”. 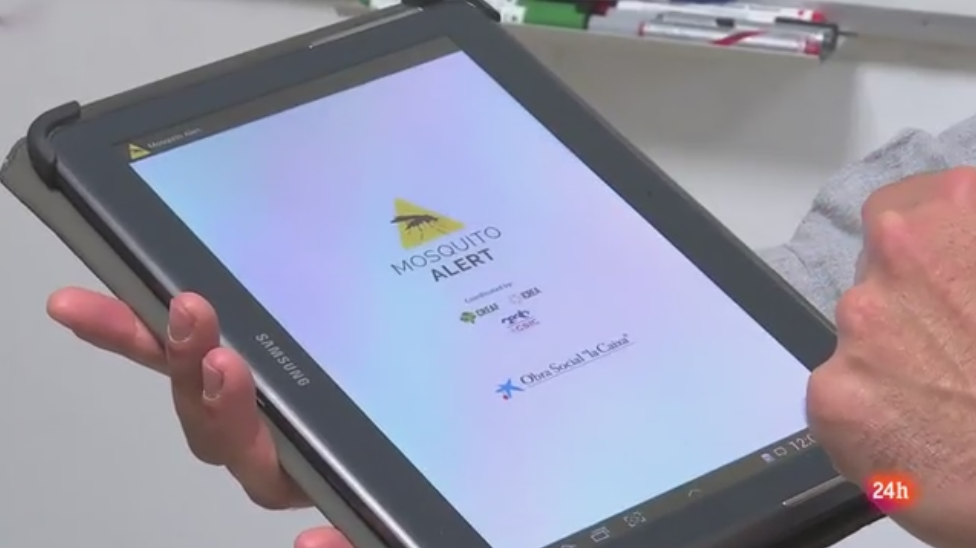 Mosquitoes are insects that are making life impossible for us. The neighbors from Guadalmar (Malaga) created the platform “Stop Mosquitos”, as they no longer know what steps to take to get rid of these annoying insects. Until a few years ago the problem was only by the common mosquito, but now the tiger mosquito has also been added.

The entomologists of the Baix Llobregat Mosquito Control Service, Dr. Carles Aranda and Dr. Roger Eritja, explain why some people are bitten by mosquitoes more than others. In addition, they teach us the characteristics to recognise tiger mosquitoes and yellow fever and what are the risks of having these species in Europe and Spain.

Cemeteries are one of the places where more breeding sites are concentrated, according to the ctl. Sanidad ambiental company. In some cases are beginning to use drones to detect the largest breeding sites in spaces such as urban parks or orchards. This is explained by the entomologist Dr. Rubén Bueno, from the Lokímica company, in collaboration with the Ccty of Murcia. 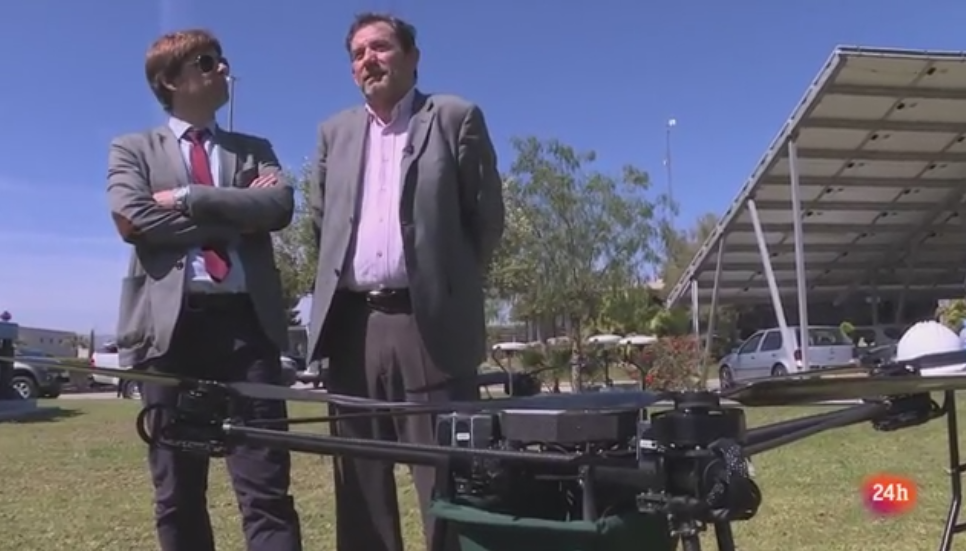 And the latest news is to control the mosquito with the mobile. Dr. Frederic Bartumeus shows the Mosquito Alert app, designed for citizens to collaborate with scientists and professionals. This app is used by the Barcelona Public Health Agency (ASPB) in its tiger mosquito control programs in the city of Barcelona. 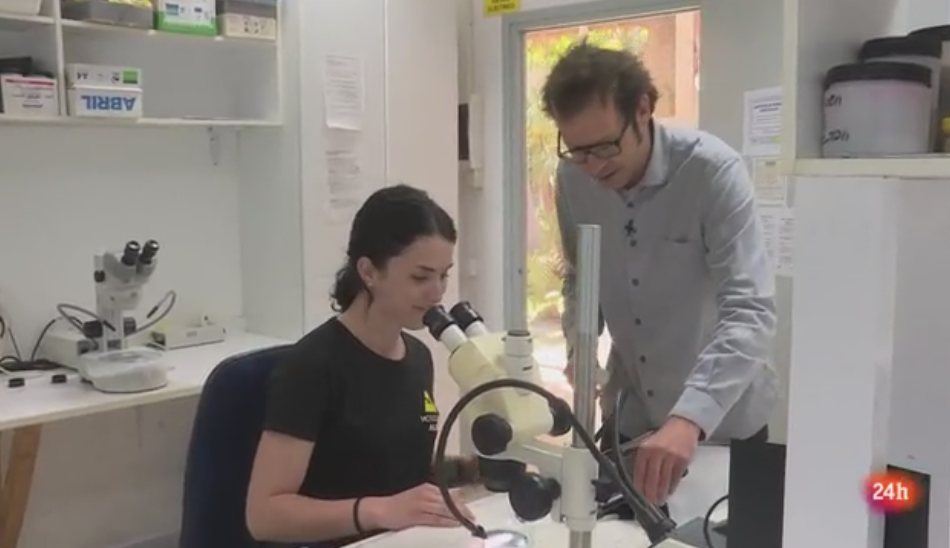 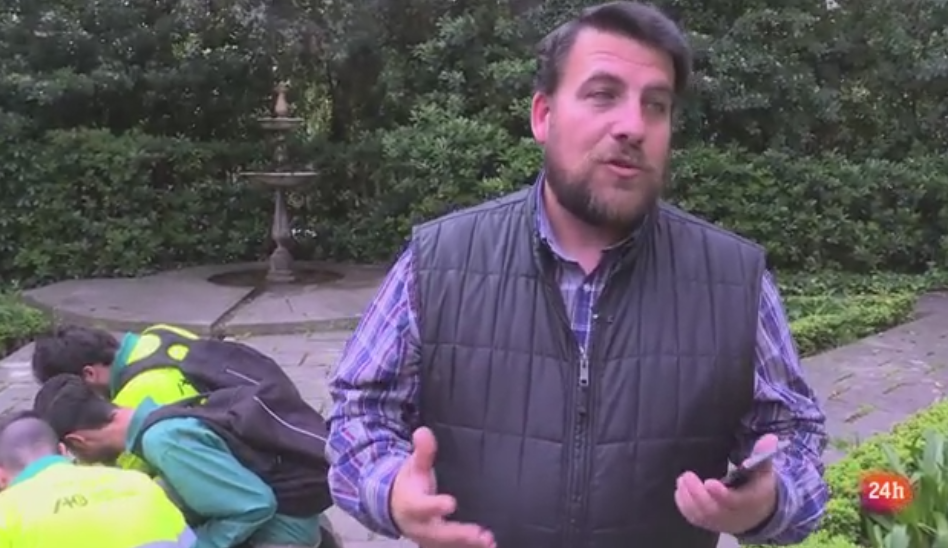 See the full documentary (only available in Spanish):

> Link to the tv program