Heat and regular rains, this is how the year has been with the most mosquitoes in Spain

Heat and regular rains, this is how the year has been with the most mosquitoes in Spain

2020 has been a year marked by the COVID-19 pandemic and an unusual year in terms of the number of tiger mosquitoes. In Spain, twice as many of these insects have been observed than last year, accumulating 1,798 notifications compared to 885 in 2019. The year of the pandemic has turned out to be the year with the most tiger mosquitoes registered by the Mosquito Alert project since 2014. “Densities of Tiger mosquitoes are always explained by two factors, the climate and human behavior, both are those that periodically provide them with water points, where they breed ”, explains Frederic Bartumeus, co-director of the project and ICREA researcher at CEAB-CSIC and CREAF. The 2020 mosquito season started with a warm and rainy spring that allowed them to proliferate during the months of May and June. Furthermore, according to Roger Eritja, entomologist at CREAF and the project, confinement could have played a relevant role in these data, “the ban on traveling to second homes during the months of March and April could affect the maintenance of their gardens, swimming pools and terraces, where the water that mosquitoes need to multiply could accumulate ”, he says.

This explosion of mosquitoes in spring was followed by a summer that, for the sixth consecutive year, registered higher than normal temperatures, with intense and repeated episodes of rainfall in the Iberian peninsula. The Mediterranean is heating up. The summer is coming sooner, longer and more intense, conditions that can benefit the tiger mosquito when accompanied by regular rains, as has happened this year. 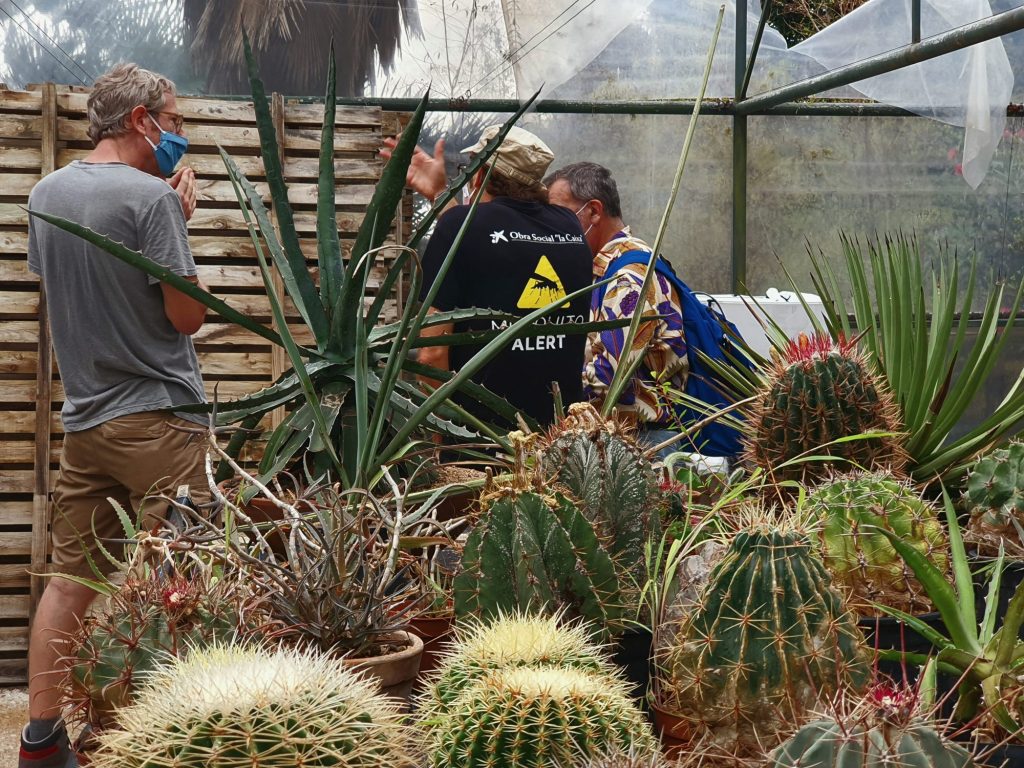 These weather conditions have two effects on mosquitoes. In summer, high temperatures allow the larvae to develop faster, shortening the time between generations, and leading to an exponential growth of their populations. This happens as long as they have places with water to reproduce. On the other hand, global warming, with a warm spring and autumn, could lengthen its seasonality allowing mosquitoes to be active for more days of the year.

Autumn is being warm and mosquitoes are still active, as evidenced by the more than 250 reports that the Mosquito Alert platform has received in the last two weeks from Spain, and more than 250 confirmed observations of the tiger mosquito between October and November. In 2019, in the same period, 116 tiger mosquitoes were notified, 9 of them in the month of November, until November 28, 2020 there have been 50 reports of tiger mosquitoes, this is five times more than in the previous year. During November there have been also reports of tiger mosquito activity from Italy, France, Hungary and Turkey. Beyond the temperatures, what most affects the abundance of mosquitoes is having availability to reproduce, that is, having water in the breeding places, either due to the presence of regular rains or due to human activity.

“After having modeled the data, considering the number of users with the application by region and their degree of participation, we see that 2020 slightly exceeds 2015, although their patterns have been very different”, comments John Palmer, UPF professor and co-director of the project. The weather conditions this year have been favorable to the mosquito continuously since spring, while in 2015 its populations exploded exponentially in summer. Understanding the climatic and social factors that determine the dynamics of their populations will allow predicting their abundance in the future. 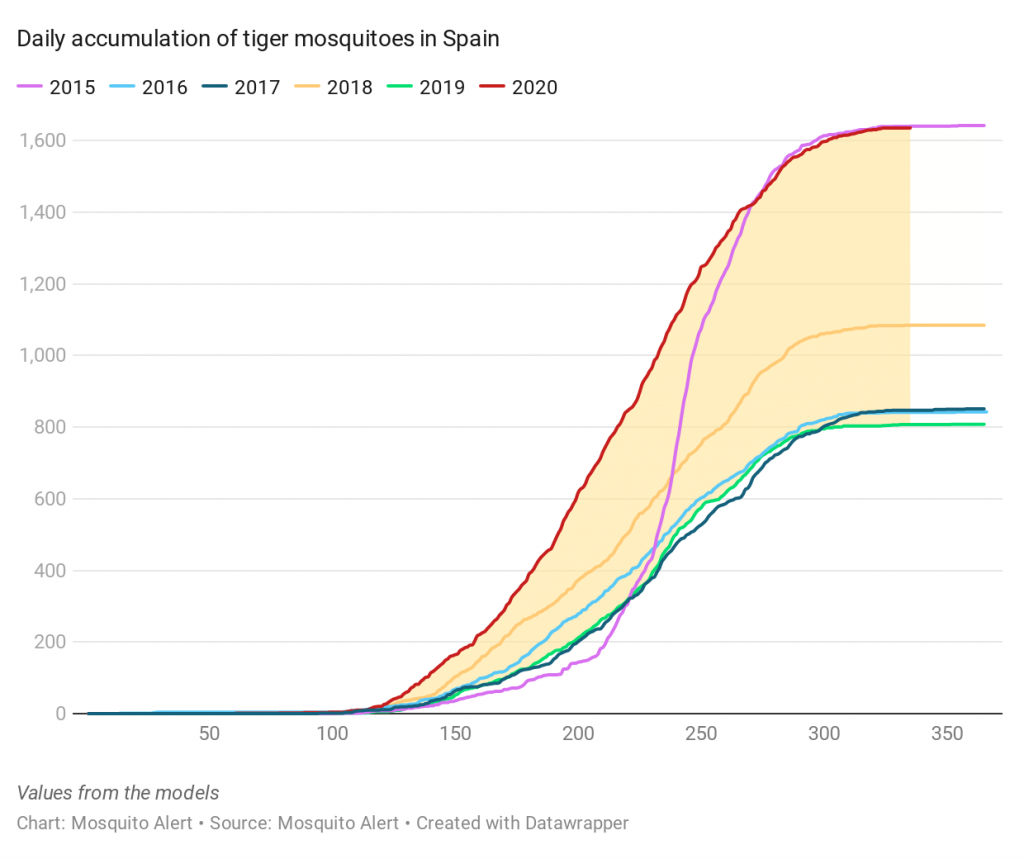