Laura Blanco has a degree in Veterinary Medicine from the University of Zaragoza and a Master’s in Public Health from the same university. She is currently part of the group of pre-doctoral researchers at The Blanes Centre for Advanced Studies (CEAB-CSIC).

Last May, she joined the Mosquito Alert team to complete her doctoral thesis. Her research focuses on the study of the survival and age structure of tiger mosquitoes (Aedes albopictus), as well as studies of the dispersal of mosquitoes through vehicles. 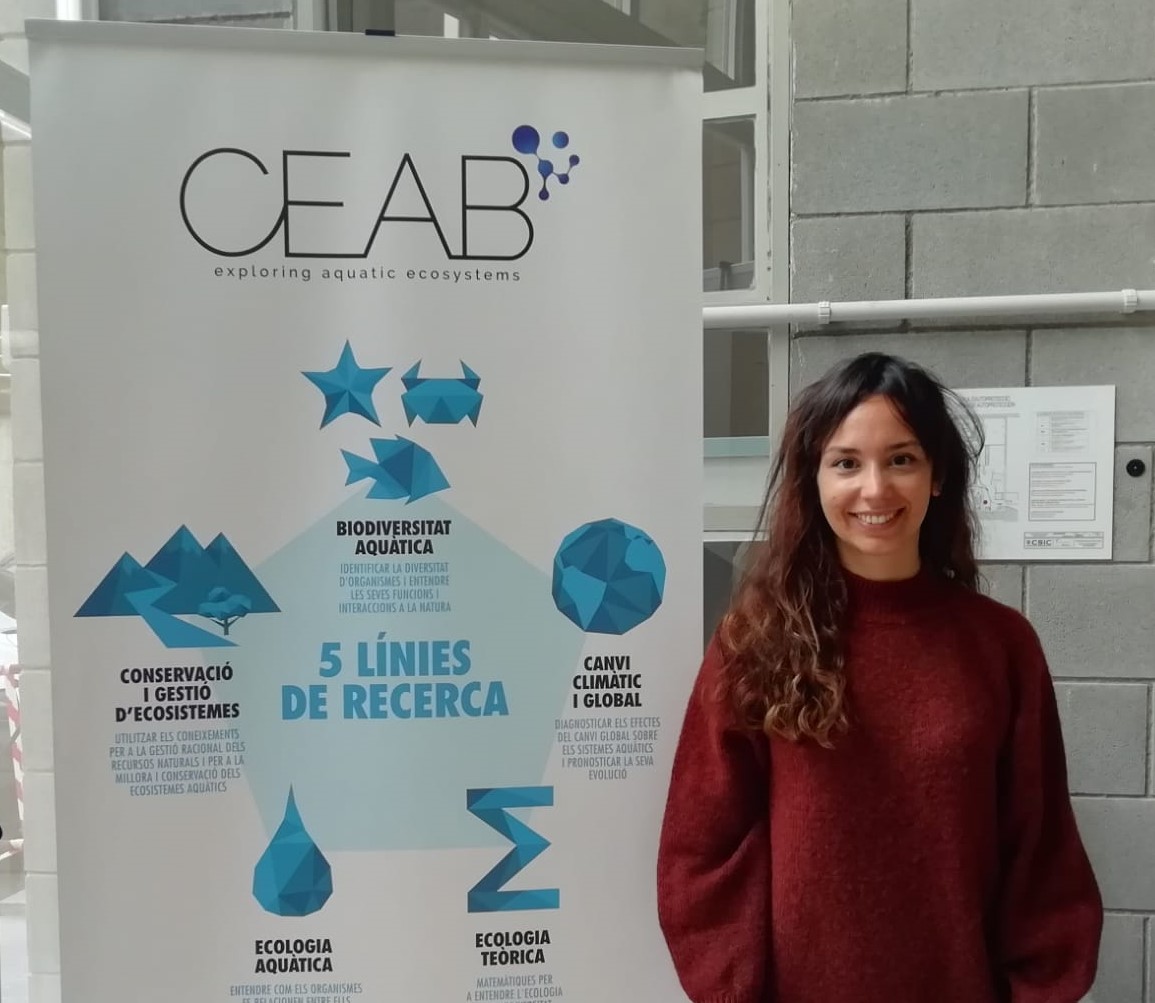 What led you to decide to do a PhD?

Despite the current situation of the researchers, I was sure since I finished the Veterinary degree that I did not want to lock myself in a clinic, closing myself to continue learning different things.

I was also not sure at that time that I wanted to do a doctorate, I saw it very unattainable, but when I was in the master and we touched on some research topics, zoonotic diseases among many others, I saw it clearly, I wanted to continue on this path.

Have you encountered any obstacle to accessing a doctoral program?

The truth is that no, perhaps the biggest obstacle was the opinion of the people. Most of my colleagues and colleagues started working in veterinary clinics and hospitals almost immediately. In fact, few considered that taking an opposition or doing a master’s degree and/or a doctorate was a more attractive plan than starting to earn money as soon as they finished studying the degree.

Sometimes I doubted if I should not also be in a clinic instead of “sacrificing” more years in the academic area, but in the end I came to the conclusion that being able to do a PhD was not so much a sacrifice, but an investment.

Why did you choose the Center for Advanced Studies of Blanes and Mosquito Alert to do the thesis?

I don’t know if I should say that I chose them, rather I was lucky enough to be chosen by them. Both my final degree work and my master’s degree project were related to the entomological world and disease vectors.

When they gave me the opportunity I was very excited. I had already heard about Mosquito Alert and the great team behind it and the truth is that I did not hesitate, I moved from Zaragoza to Blanes in a short time.

What is your current line of research?

The doctoral program to which I belong at the University of Zaragoza is Animal Medicine and Health. Here in Blanes, I focus on the tiger mosquito (Aedes albopictus), studying its dispersal by means of vehicles to understand its rapid spread despite its limited flight capacity and also, I carry out survival and age distribution experiments of the population. of the mosquito.

How is the research work in your day to day?

In my case the work has to adapt to the life cycle of the mosquito. During their cycle (from April to November approximately) work in the field is more important, since more time must be spent on catching, collecting eggs and raising larvae. So all the experimental part takes place in these months.

Then, between November and March, the work is analytical, you have to put the collected data in order and interpret it.

Why do you think the study of disease-transmitting mosquitoes is relevant?

If we ask anyone on the street what they think is the deadliest animal in the world, which do you think they would say? Surely few people think that it could be mosquitoes.

The situation that we are living with COVID-19 has put on the table the importance of diseases and how relatively “simple” it is for a pathogen to jump between animals and people.

In the specific case of the tiger mosquito, which has adapted incredibly well to the urban environment and is especially aggressive towards humans, its study is important to prevent and control possible outbreaks of diseases, important in human medicine (Dengue, Chikungunya … ) and in animal medicine (the famous heartworm, Dirofilaria immitis). And of course you have to take into account the discomfort from bites, allergies or the economic condition in some tourist areas.

What expectations do you have of the doctorate?

Mainly I want to learn everything I can. In the Mosquito Alert team there is a great variety of disciplines; expert entomologists, mathematicians, biologists, computer scientists.

I love being able to delve into these issues, not only in the biology of the tiger mosquito, but also in how to handle the data and program, distinguish the morphological and taxonomic differences with other species.

I would like to end this stage of my life with a fuller and broader vision of entomology and ecology.

How are your first months in Blanes being?

I got here at a bit of a difficult time. My contract started in full quarantine, and that limited everything. But shortly after arriving I began to meet my colleagues and to enjoy the beach and the truth is that now I am very comfortable.

What I like the most is the field work part, without a doubt. I come from a career in which 80% of the practices were in the field or on farms, and now that I have the opportunity to be collecting data in places as beautiful as the Marimurtra Botanical Garden, I miss the time! hours flying! 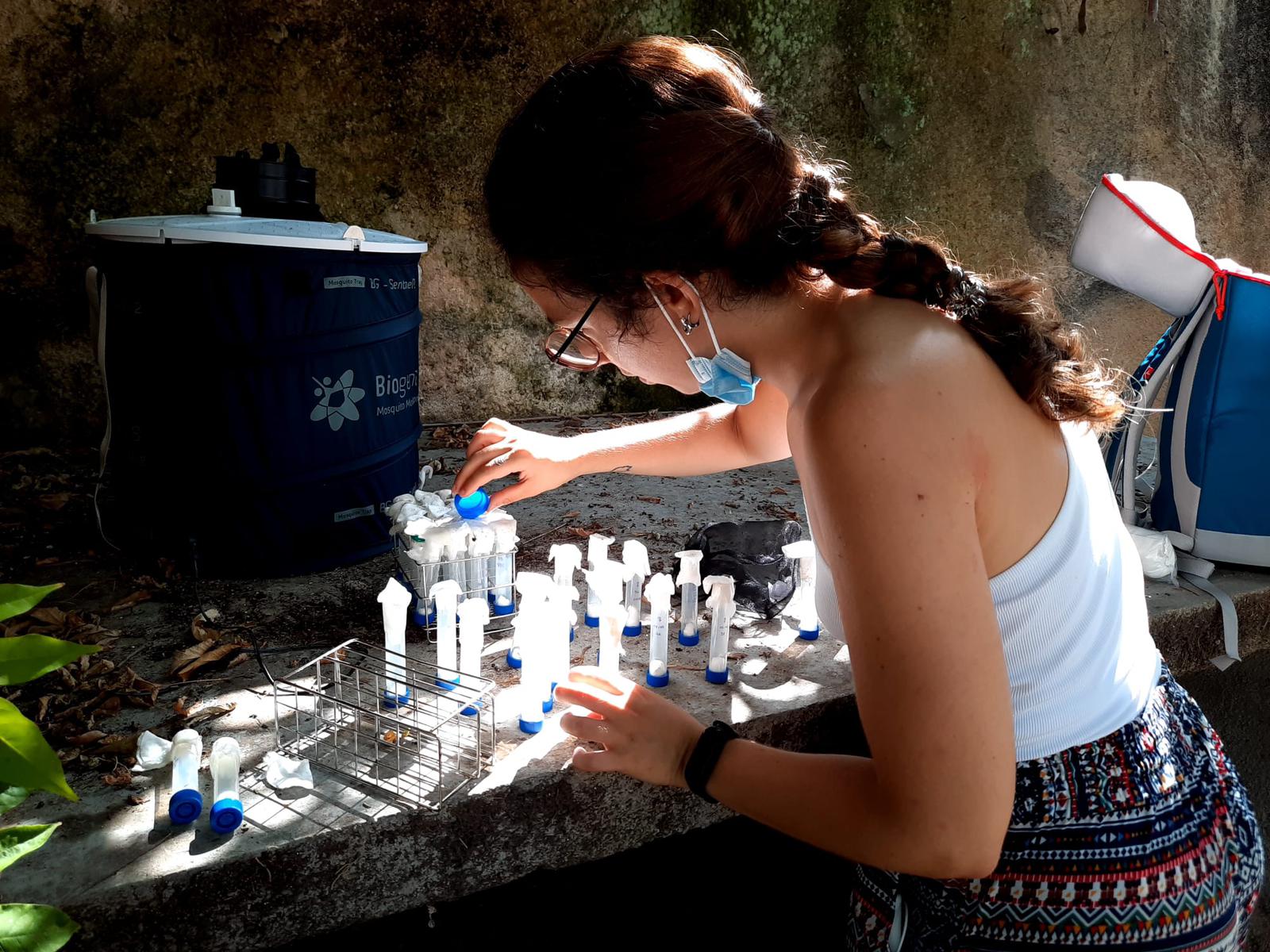