Getting citizens even more involved in science and public health management

Getting citizens even more involved in science and public health management

Despite the bitter cold spell we are now experiencing in Spain, Mosquito Alert is already preparing for the arrival of the mosquitos. The Mosquito Alert project, coordinated by CREAF with the support of Obra Social “la Caixa”, has some new tools this year to once again fend off the calamity of the tiger mosquito which has plagued the Mediterranean coast for over ten years.

We begin 2017 with a new map of citizen observations which has even more information and is accessible to anyone. Such improvements have been made possible thanks to the work of the Geographical Information Systems and Remote Detection Service of the University of Girona (SIGTE) as a part of their partnership with Dipsalut, the Public Health Agency of Girona.

With the new features, tiger mosquito and yellow fever mosquito notifications can be seen independently for each month or grouped by months. Different layers of information can also be combined and consulted, such as the area of distribution of the tiger mosquito overlapping with breeding site notifications or drains with water present. 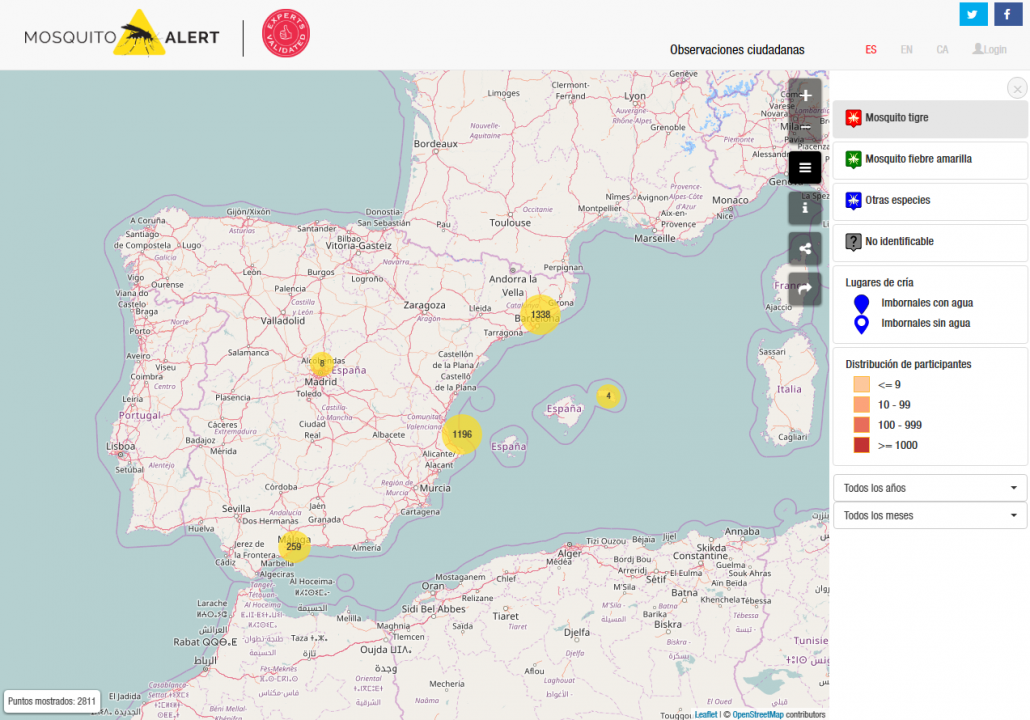 The new map of citizen observations has more features and functions.

This information can be especially useful to professionals monitoring and controlling these mosquitos, as well as to educational institutions, since the map also allows the exporting of data for specific regions. Also, observations on the map or certain map views can be shared on social networks or websites to increase awareness among friends, family, neighbors, and the general public.

One of the objectives of the Mosquito Alert project – and of citizen science in general – is to encourage direct contact between scientists and other members of society so as to get citizens directly involved in research activities. Towards this goal, we have developed a notification system which permits sending relevant information to participants via the Mosquito Alert app. Up till now, when a person sent an observation of a mosquito or breeding site with a picture attached, they were obliged to check the result of the expert validation on the web map of the Mosqutio Alert web page. Now, participants will receive a notification directly on their mobile device once the photo has been validated.

Also, the experts will be able to add comments as complementary information. These personal notes may improve targeting of necessary actions for control of the tiger mosquito in some areas. For example, this may be useful if a citizen sends an observation from an area where the tiger mosquito is not currently present, of if the image is particularly interesting from scientific standpoint. This way, the experts can ask for more photographs or details about the sighting, all the while respecting and protecting the privacy of participants. 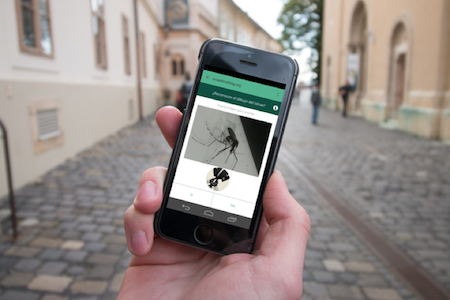 Citizens can also validate photos through the app.

Another aim of the project is to convert citizens into experts in tiger mosquito and yellow fever mosquito identification, capable of helping professional entomologists to classify the received observations. The new version of the app now includes a button on the main screen which is used to begin validating images sent by other participants. First, the system begins a simple training on the basics for correct identification. The system also helps you select the best answers. In the case that errors are made, this is not as dire as it may seem since each photograph is analyzed by a number of different people and in the end the majority opinion is used.

Thanks to such improvements and the selfless contributions of citizens, this citizen science project will continue to facilitate research and an improved monitoring and control in Spain of two mosquito species which are vectors of diseases of worldwide importance including dengue, chikungunya, and Zika.