Urban mosquitoes, such as the tiger mosquito or the yellow fever mosquito, are great transmitters of diseases, basically because they feed on human blood. It inhabits environments where the predominant animal is us, which facilitates the frequency of encounters between mosquitoes and people. What is surprising is that the ability of these mosquitoes to become infected and transmit the virus is relatively low, in contrast to the epidemics they generate.

The discrepancy could be in how the mosquito vector competence is measured, since they are laboratory tests where the animal is offered an ingestion of infected blood and it is subsequently analyzed if the virus has managed to overcome the multiple barriers within the mosquito and has infected it. In the laboratory, the animal only feeds once. Something that differs from reality. Especially from the behavior of Aedes aegypti and Aedes albopictus, mosquitoes that tend to feed frequently in small doses.

Feeding twice in a row on blood helps spread the virus

A new study has shown that when a yellow fever mosquito is given a first feed with blood infected with Zika virus (ZIKV), and three days later a second feed with uninfected blood, the ZIKV virus spreads. better by the body of the mosquito, escaping from the intestine, than when they are only fed once with infected blood (Figure 1). This caused that more mosquitoes had the presence of the virus in their saliva with the capacity to infect when it was fed again.

When the order is reversed: first uninfected blood, and later blood with ZIKV, the infection has more problems to overcome the barrier of the intestine (see this post to see the barriers that a virus must overcome). This shows that for a second intake to help spread the virus, it is necessary that the virus is already in the intestine. 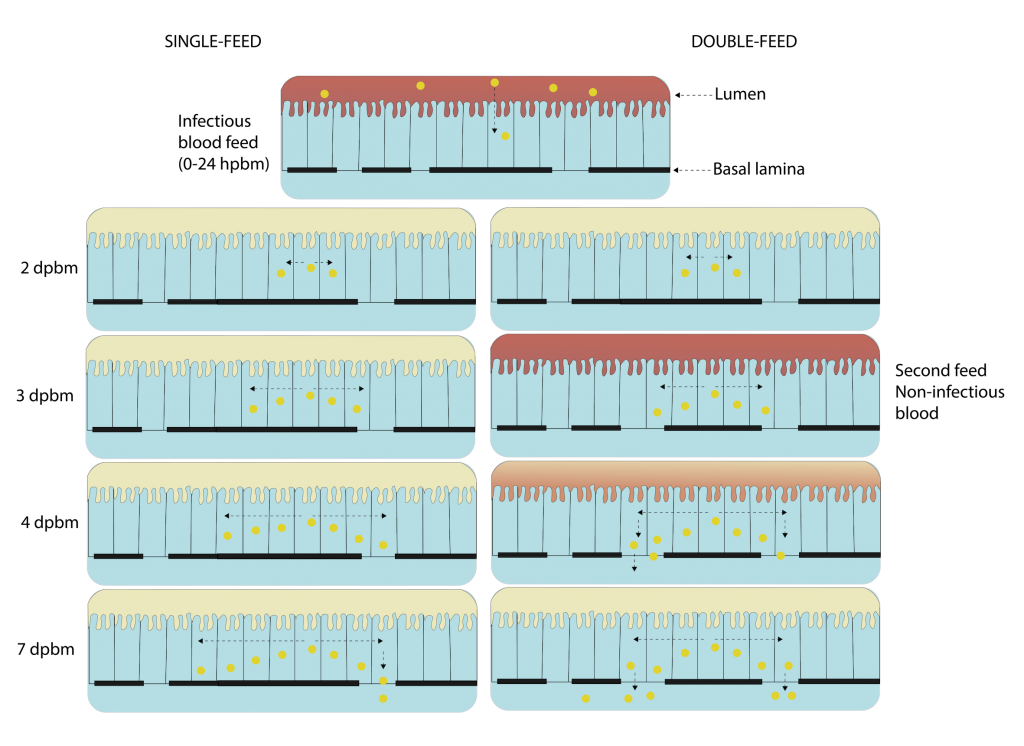 When the experiment was repeated for dengue virus (DENV-2) and chikingnuya virus (CHIKV), once again a second dose significantly increased the spread of the infection by the mosquito.

When verifying the same with the tiger mosquito (Aedes albopictus), it was seen that a second ingestion also increased the spread of ZIKV. This shows that under more realistic conditions, the tiger mosquito can transmit viruses better than expected.

There is a direct relationship between mosquito activity, infection and transmission capacity

This shows that the serial feeding behavior of Aedes aegypti and Aedes albopictus improves the transmission of various arboviruses. When estimating the basic reproductive number (R0), by which the speed with which a disease can spread in a population is estimated, it was seen that the value obtained with two intakes is more similar to the value estimated during epidemic outbreaks than to the R0 valued from laboratory tests with a single intake. 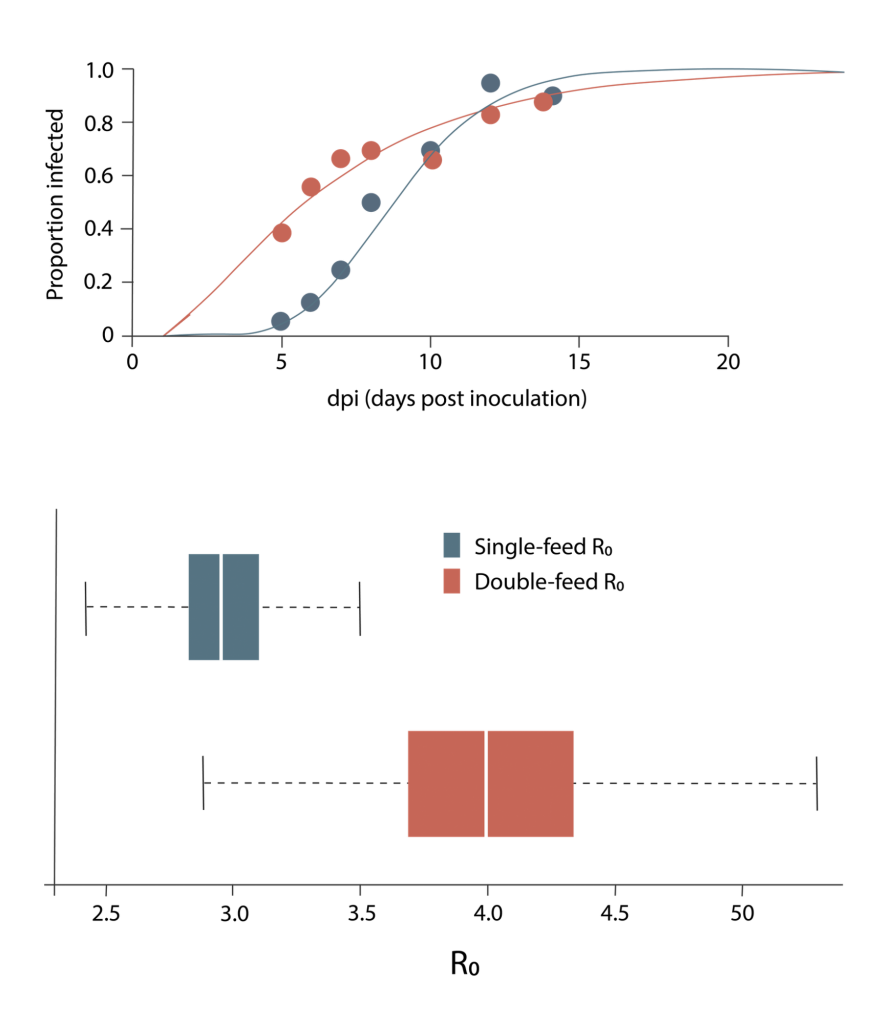 Fig. 2. Above the curve with the proportion of mosquitoes infected after one (blue) or two (red) blood intakes. Infection is faster in the first days among mosquitoes with two consecutive intakes, which makes them have a longer time to transmit the disease, presenting higher basic reproduction number (R0) values. Modified from the original Armstrong et al. 2020. Nature Microbiology 5: 239-247. Source: Mosquito Alert CC-BY

The work establishes a direct relationship between the behavior of the mosquito and the viral development that ends up affecting the transmission capacity of the animal and the risk of epidemics. Knowing the activity of mosquitoes is essential to be able to estimate the risk of an epidemic, therefore, as a result of the Big Mosquito Bytes project, funded by the “la Caixa” Foundation, Mosquito Alert has incorporated a new module into its app that allows the user to report when, where and how many mosquito bites you have received. This information will make it possible to discover where there is a higher density of human-mosquito interactions and to predict in real time where an epidemic outbreak may take place.