The Zika virus (ZIKV) was first isolated from a primate in Uganda in 1947, and a few years later its presence in humans was detected in Uganda and Tanzania. Despite its African origin, there have only been sporadic outbreaks on the continent, while in Asia, the Pacific and the Americas there have been major outbreaks since 2007, the worst of which was the 2016 epidemic that spread to more than 60 countries and caused some 5,000 cases of congenital microcephaly among the babies of women who were infected with the virus during pregnancy. Why has Zika caused so much devastation outside of Africa and not on its home continent? A new study offers an explanation to the puzzle.

The difference would be in the mosquito that transmits it. In all cases, it is the yellow fever mosquito, Aedes aegypti, the main vector involved in the transmission of old dengue diseases and yellow fever, but also emerging diseases such as chikungunya or Zika. But within the yellow fever mosquito there are two subspecies. One of them is Aedes aegypti aegypti, with mosquitoes adapted to living in humanized environments, it reproduces in artificial water containers in urban areas and has a preference for biting humans as explained in a previous post. This subspecies originated in West Africa about 5,000 or 10,000 years ago and from there, the slave trade was responsible for introducing it into America and later Asia. The mosquito adapted to urban environments is now widely distributed throughout the world. In contrast, in most of the African continent, there is another subspecies, Aedes aegypti formosus, which inhabits both wooded and urban areas, breeds in holes in trees and does not feel a special attraction to human blood, feeding on a great variety of vertebrates, including people.

Until now, it was believed that this affinity for living close to humans and their blood was the main explanation why Zika had caused more havoc outside Africa than on the continent, but the study provides another piece of information: the related mosquitoes, Aedes aegypti formosus, are less likely to contract and therefore transmit the Zika virus.

The results suggest that the changes that mosquitoes underwent thousands of years ago when adapting to human environments were accompanied by an intrinsic ability to become infected with this type of virus. To reach this conclusion, the researchers conducted an experiment with mosquitoes from eight populations collected in Africa, America, and Asia. In the laboratory, they were fed blood infected with different strains of the Zika virus to study how they became infected. They observed that the mosquitoes of America and Asia required less viral load in the blood to become infected than the African mosquitoes (Fig. 1).

Fig. 1.  Proportion curves of mosquitoes that become infected with the Zika virus (ZIKV) when feeding on blood at different concentrations of the virus. Each box is the same experiment carried out with different strains of the virus, the colors indicate the origin of the mosquitoes. Source: Mosquito Alert CC-BY based on the original by Aubry et al. 2020. Science 370: 991-996

They designed a second experiment to measure the susceptibility to infection of a larger number of African populations, including those on the west coast that are related to those in America and Asia. Those of the coast of Senegal gave similar results to those of America and Asia, with low doses of the virus in the blood they become infected. They found that in mosquitoes of the Aedes aegypti aegypti subspecies it was easier to find the virus in their salivary glands. Not only are they more susceptible to becoming infected with the virus, but they are more likely to transmit it when they feed on a person and inject their saliva.

All the results establish a strong link between the mosquito domestication process that took place around 10,000 – 5,000 years ago and the transmission capacity of viruses such as Zika. The difference in susceptibility between the two subspecies may contribute to the absence of major outbreaks in Africa, although other factors may exist, including mutations in the virus that have allowed it to specialize and become more infectious in populations outside of Africa. 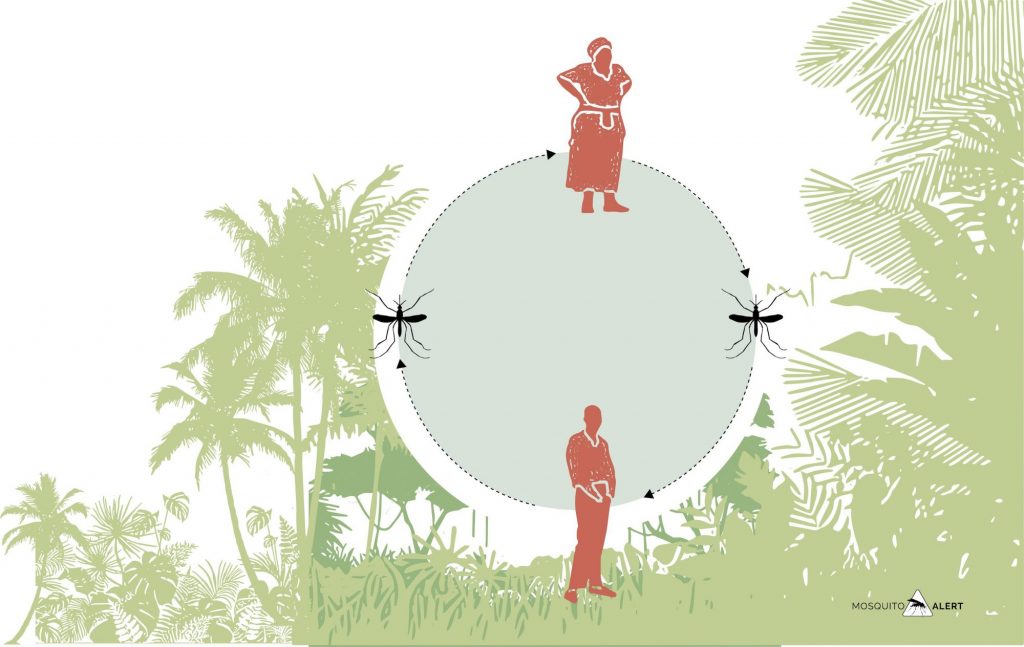