All the visitors of the Zoo and the surroundings will be aimed to participate with the app Mosquito Alert and send a photo if they see a tiger mosquito during the walk. The campaign will be celebrated from October to middle November.

In the city of Barcelona it has been more than 10 years since this invasive insect arrived and since then it has not been easy to control its population. The Public Health Agency of Barcelona (ASPB) has already identified 60 risk zones throughout the city, where water is usually accumulated and converted into tiger mosquito breeding sites. One of these areas is the Parc de la Ciutadella, where the Zoo of Barcelona is located.

This year the PICAT project (Integral Platform for the Control of arbovirosis in Catalonia), includes a calibration part of tiger mosquito oviposition traps with the information campaign. With this, we want to show that the result that a trap can show with the notices made by citizens is just as effective. To do this, an experiment has been designed together with the ASPB to make this comparison. The ASPB is placed in different strategic points of the city and some of them are inside the Zoo. During this fall, visitors to the site will be asked if they see tiger mosquitoes during their visit, notify them by sending a photo with the Mosquito Alert app. 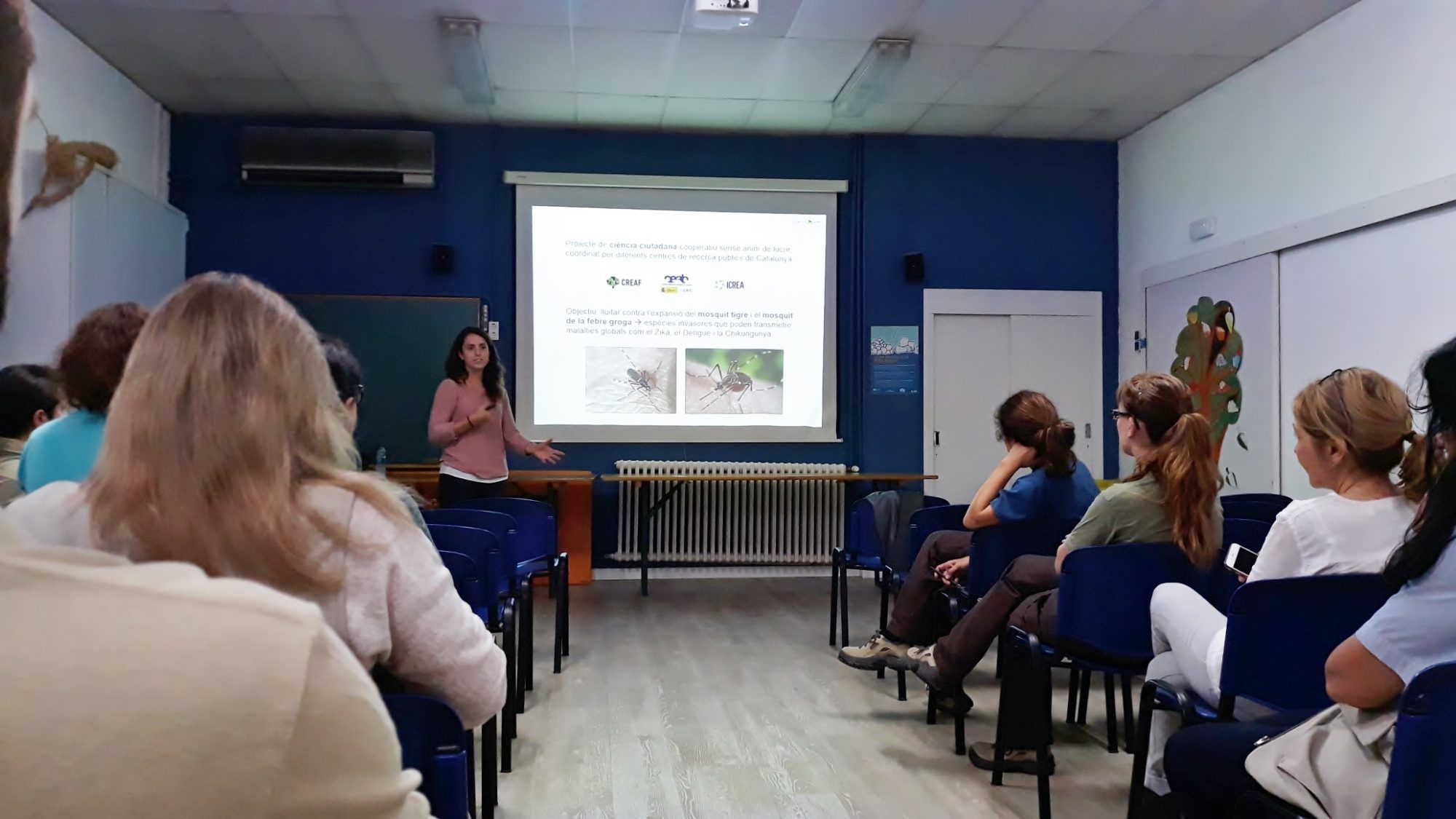 Giving a talk to the Zoo staff. Photo: Juli Mauri

During the months of September, October, and November, information leaflets will be distributed to visitors at the time of purchasing the tickets. 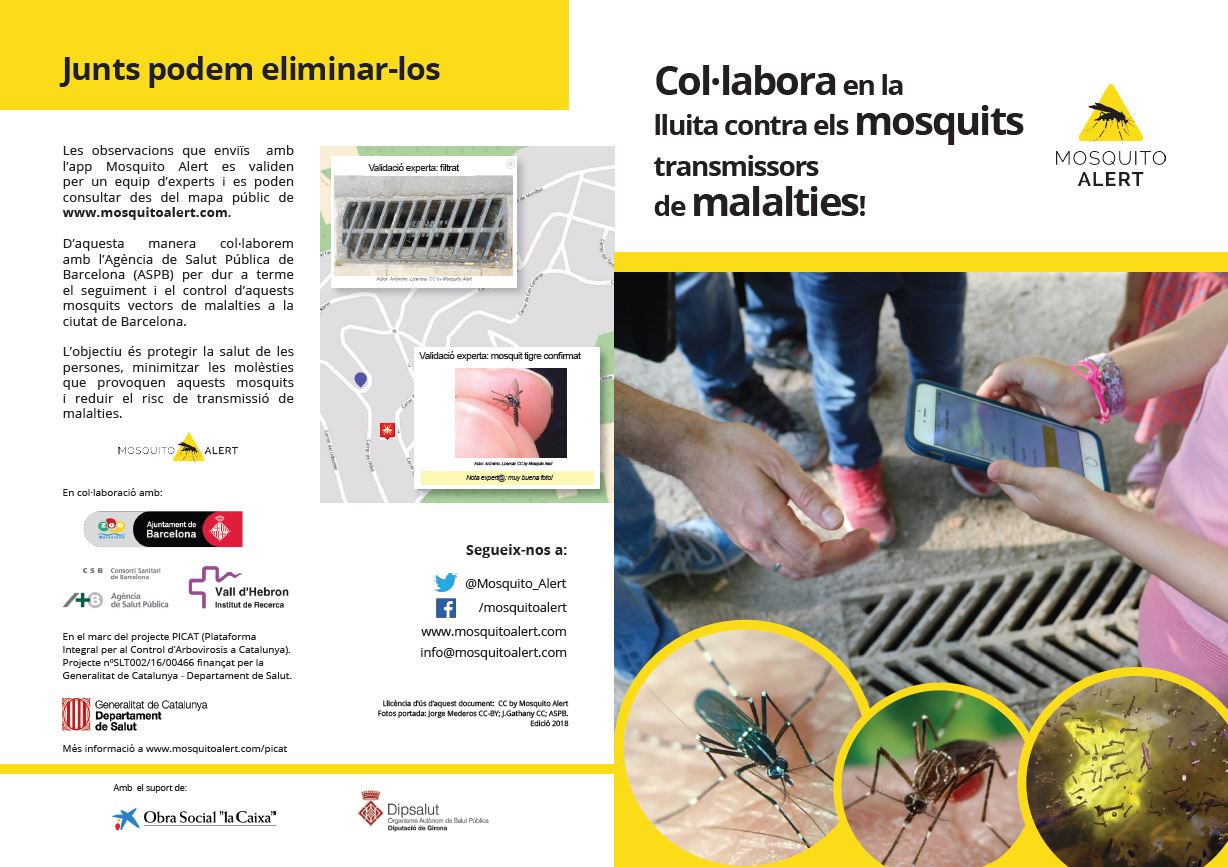