On May 5th the closing ceremony was held for the project Citizen Science: Research and Education. The objective of the project – supported by Recercaixa – is to evaluate the introduction of citizen science into school classrooms as an innovative mechanism for the learning of science, technology, and mathematics. Mosquito Alert is one of the five projects that were selected to participate in this pilot educational program at a number of secondary schools in Catalonia. 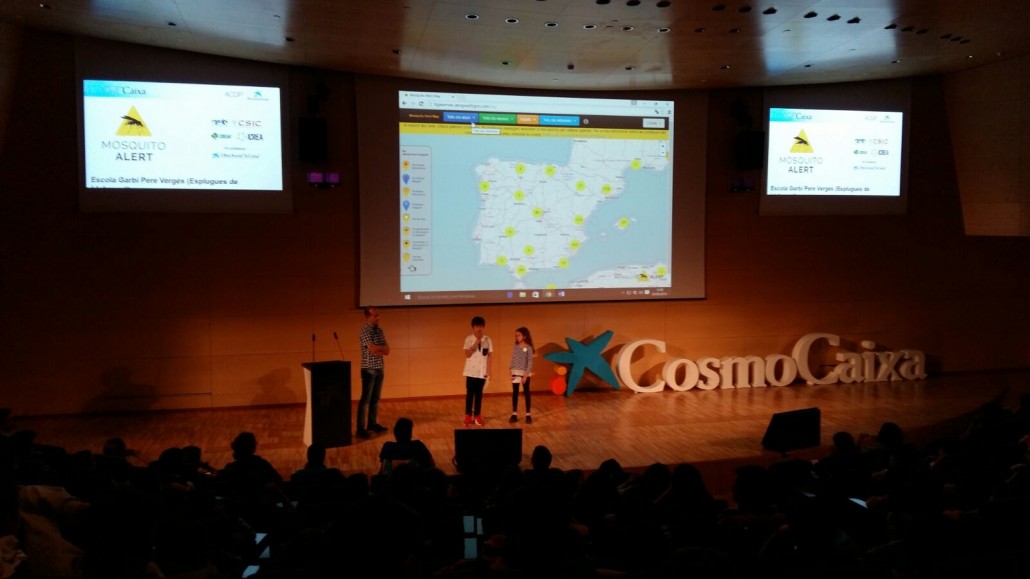 Over two months (from December 2015 through January 2016) first-year secondary students from the Institut de Tordera and Escola Garbí Pere Vergés de Esplugues de Llobregat (Spain) worked with the Mosquito Alert project during class time as a part of their science studies. The initiative has allowed the students to understand science from a different perspective in an innovative context, giving them the opportunity to participate in a real-world science project.

At the event at CosmoCaixa the students presented their work. The school Garbí Pere Vergés had concentrated their work on developing a map for carrying out monitoring and prevention in areas within the school grounds prone to mosquito breeding, while students from Institut de Tordera sought out mosquito breeding sites within the neighborhood surrounding the school, and the even invited the mayor of the town of Toreda to make a visit where they took the opportunity to propose improvements in management of the problematic tiger mosquito within the city. 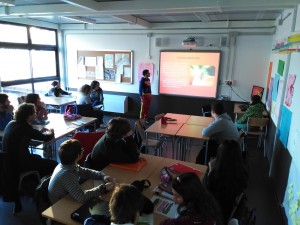 In this program students have learned how to gather data about possible mosquito breeding sites, how to use the app, and how to visualize the geolocated points on the map. They have also learned how to identify the tiger mosquito, about the characteristics of its breeding sites, how it arrived to Catalonia, and the importance of controlling its populations. “The experience was very positive and motivated the students to get involved in the scientific process,” say the teachers. Some of the teachers were already accustomed to working with project-based assignments in the classroom, while others were just beginning to use this type of methodology. According to Gemma Agell from the Blanes Centre for Advanced Studies (CEAB-CSIC), overall, what has been seen is that “citizen science has a large potential in education.” One of the things that most caught the attention of the students was to have direct contact with the scientists. “The students asked me very intriguing questions and showed a lot of intuition and logic, “says Frederic Bartumeus, Director of Mosquito Alert.

This initiative is part of the project, Citizen Science: Research and Education, a platform composed of five Catalonian research groups from diverse fields with experience in citizen science. This group of scientists collaborated with 11 secondary schools in order to encourage students to get involved in their projects, and over 500 students in years 1-4 of the Spanish ESO (secondary school degree) have participated.