Last Friday, February 7, the seven sectioned research initiatives were published on the 57 that were submitted to the call of the Pla Barcelona Science. The MosquitoAlertBCN project involves CREAF, Pompeu Fabra University (UPF), the IRIDEON technology company and the Barcelona Public Health Agency (ASPB). The event, chaired by the deputy mayor, Joan Subirats and Àngel Font, corporate director of Research and Strategy of the “la Caixa” Foundation, was attended by Frederic Bartumeus, ICREA researcher at CREAF and CEAB-CSIC, specialized in theoretical and computational ecology and John Palmer, professor at UPF, co-creator sociologist at Mosquito Alert, and Mark Richard Williams by IRIDEON, a leading company in the design and manufacture of intelligent mosquito traps.

The MosquitoAlertBCN project falls within the scope of “aging and quality of life“. Centered in the city of Barcelona, ​​it will combine Mosquito Alert’s citizen science with intelligent mosquito traps from IRIDEON that allow real-time counting of how many mosquitoes are captured and to which species they belong, and to have these data online.

The idea is to generate a network of citizens and smart traps around the city to manage in real time the monitoring and control of the tiger mosquito, a system that will be integrated into the current management of mosquitoes that takes place in the city, with the participation of the Public Health Agency of Barcelona (ASPB) in the execution of the project.

The network of traps and citizens will allow quantifying the quantity and dynamics of tiger mosquito populations in real time, in the city of Barcelona, ​​with unprecedented resolution and precision. The human-mosquito interaction will also be studied, by registering the bites, a very important factor in order to assess the risk of an epidemiological outbreak and improve epidemiological models.

In Barcelona every year, cases of diseases that can be transmitted by the tiger mosquito, such as dengue, chikungunya or Zika, are detected. These are mostly cases imported from countries where diseases are endemic, but in 2018 the first indigenous dengue cases were registered in Catalonia and Murcia, and in 2019 there was a new case in the province of Barcelona.

The mobility of people with international travel and the presence of the tiger mosquito increase the risk of local outbreaks in the city. The ultimate goal of MosquitoAlertBCN is to achieve a more dynamic visualization of the “hot spots” of risk within the city, where there is both a greater concentration of mosquitoes, as well as their activity and discomfort. The project will take into account the social inequalities that exist in the city and their relationship with human-mosquito interactions, and how this can also imply an inequality in the risk of suffering from one of the diseases transmitted by mosquitoes.

The project will allow the city to better anticipate the risk posed by the tiger mosquito through an open science model that could in the future be transferable to other Spanish and European cities.

The selected initiatives, “respond to city priorities, but also represent global challenges,” Subirats explained during the presentation. Àngel Font has highlighted the same when he said that “Barcelona has the will to lead in science, so it focuses on areas focused on some aspects of local priority, such as aging, quality of life and energy linked to mobility, which also They are global challenges. ” 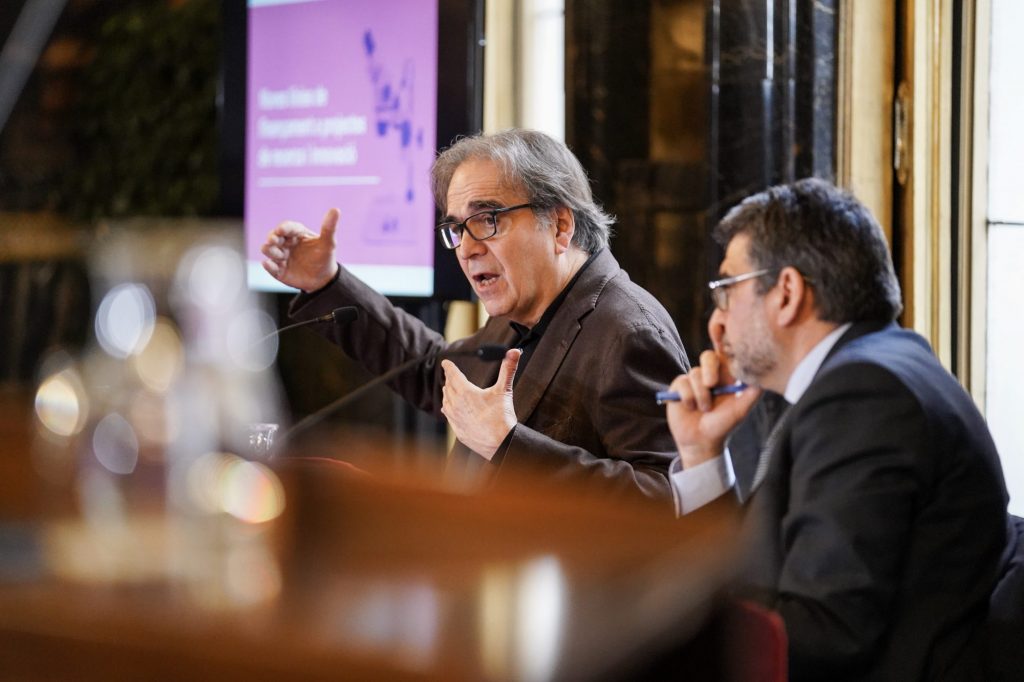 In addition to MosquitoAlertBCN, AiguaBCN has been selected led by ISGloblal, MicroBioMap, led by the Institute of Evolutionary Biology of the UPF, + ÀGIL led by the VHIR, Vall d’Hebron, NewMob, led by the UAB, Hy-BCN, led by IREC and Patí Científic led by ICM-CSIC. Here you can read the descriptions of all the selected projects.