Bloodthirsty: the other reason why a mosquito bites

Bloodthirsty: the other reason why a mosquito bites

Mosquito females are the only ones that bite, they do it to acquire protein to the development of their eggs. Yes, our blood serves to give rise to a new generation of mosquitoes. But recent work suggests that blood can also act as a snack for mosquitoes in dry and warm periods.

The study, published in Scientific Reports, has found that mosquitoes exposed to dry environments, with a higher level of dehydration, are more aggressive than those that are well hydrated. Dehydrated mosquitoes venture more to land on a host, bite and feed on blood more often than the others. Scientists believe that during periods of drought the risk of disease transmission can increase. More bites more risk of transmission.

The idea that in the dry periods there may be more cases of infection seems contradictory given the great dependence of mosquitoes on water. Most of them lay their eggs in wetlands where the larvae develop. Thus, the number of mosquitoes depends on weather, increasing their number after rains, once there is stagnant water in abundance where they can reproduce. This relationship between climatic conditions and the number of mosquitoes has also been established among diseases transmitted by mosquitoes. One expects that more rain implicates more mosquitoes and more diseases transmitted. But the data don’t always confirm these expectations.

In the case of West Nile fever, it has been seen that epidemic episodes are greater in the years of drought. The authors believe that their observations may explain why sometimes epidemics occur during periods of drought.

To study how droughts and dehydration alter the physiology and behavior of mosquitoes, they designed an experiment that they tested on three mosquito species. The species evaluated were: (1) Culex pipiens, the common mosquito that could transmit the West Nile virus in the United States (2) Aedes aegypti or yellow fever mosquito, which can also transmit dengue, chikungunya and fever from Zika, and (3) Anopheles quadrimaculatus, a mosquito from the North American Atlantic coast capable of transmitting malaria. 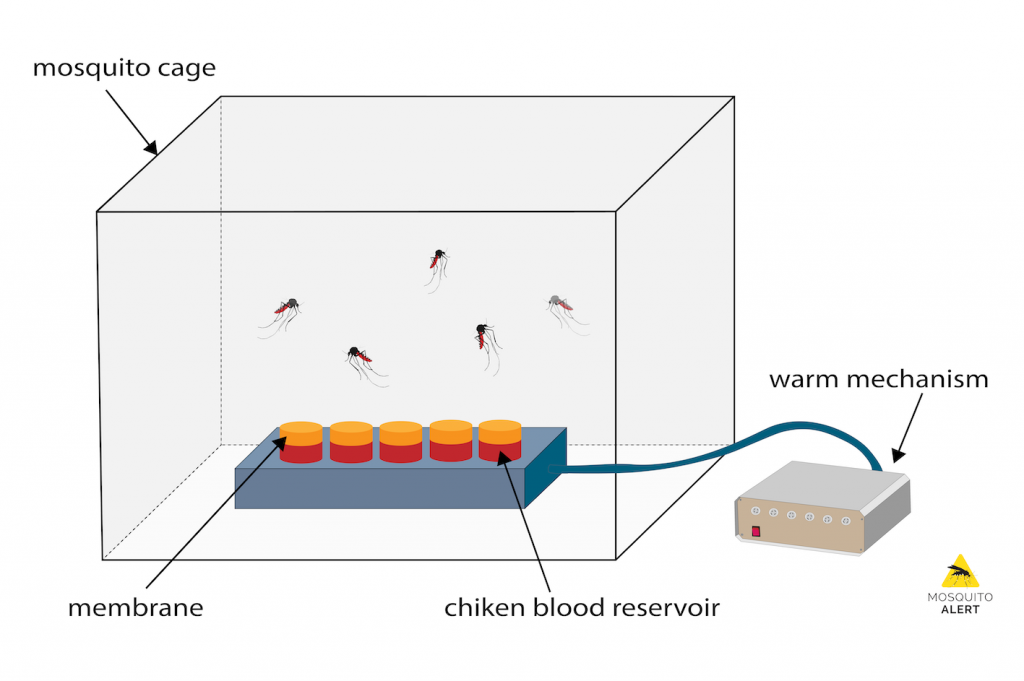 Fig. 1. Mosquitoes were offered an artificial host made with a collagen membrane, which contained chicken blood to study the biting rate at different levels of dehidration. Figure based on the original: Hagan et al. (2018) Scientific Reports 8: 6804. Source: Mosquit Alert (CC-BY-NC-2.0)

The researchers exposed hundreds of mosquitoes of each species to different temperature and humidity conditions to generate individuals with different levels of dehydration. In the experiment they included another factor, as some mosquitoes had access to water or nectar with which to hydrate while others had no access to any type of liquid. After some time in these conditions, its effect on the mosquito behavior was analyzed. For this, the mosquitoes were offered an artificial host made with a collagen membrane at a temperature of 37 °C, covered with artificial sweat to attract mosquitoes, which contained chicken blood (Fig. 1).

When quantifying the times, they landed on the artificial host and fed on it; they saw that the number of bites was higher among dehydrated mosquitoes that also had no access to water or nectar. Only 10 percent of the mosquitoes with access to water landed and bite the host, while among the mosquitoes deprived of water was 30 percent. Mosquitoes in conditions that recreated a drought bite much more than the other mosquitoes (Fig. 2).

The sensors available to mosquitoes to detect a host, make it easier for them to detect a host than to locate a water point with which to hydrate when they are thirsty. The highest rates of West Nile virus transmission observed during droughts could be due to mosquitoes using blood to replace the water they lose. 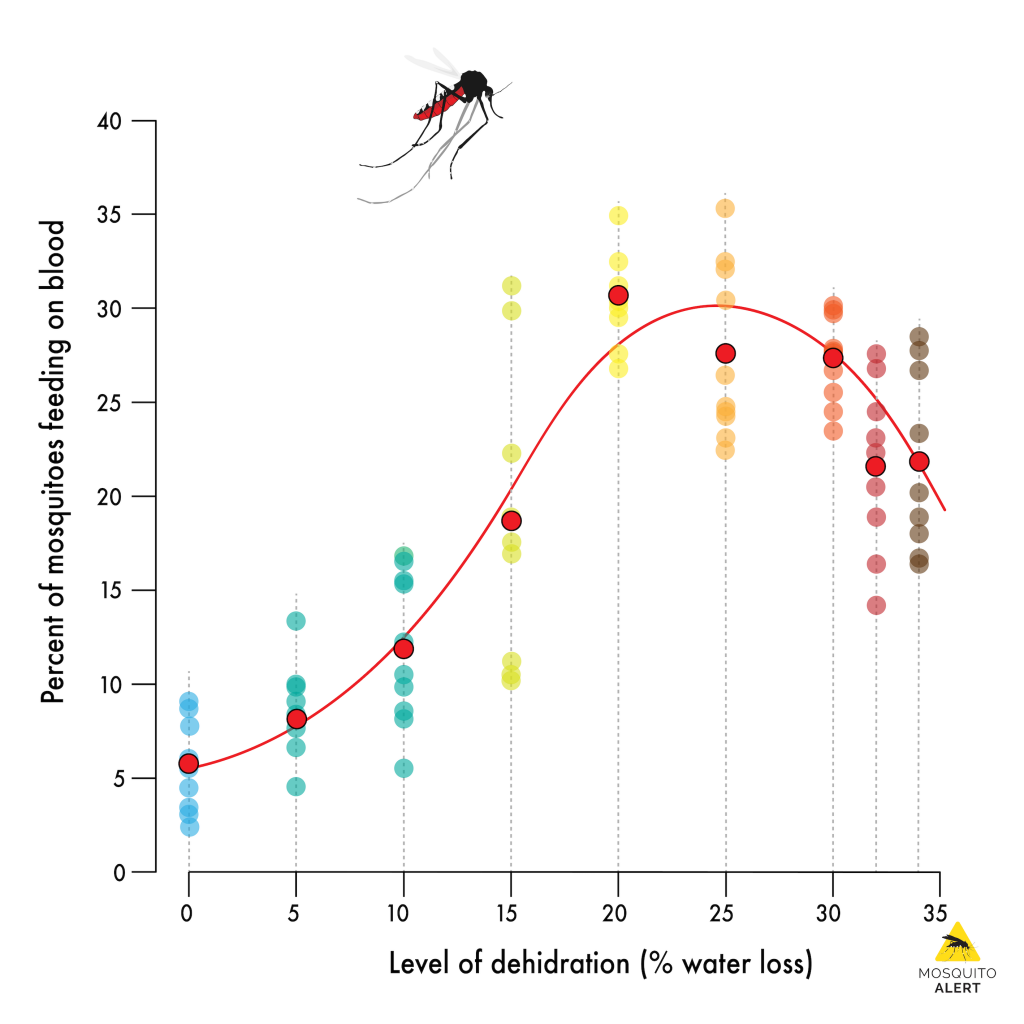 Knowing the climatic conditions that alter mosquito bite behavior has practical applications as it can be incorporated into epidemiological mathematical models. The abundance of mosquitoes is an important factor to consider in these models, but studies like that one show that environmental factors alter mosquito-human interaction so that the risk of transmission can vary with weather.

The increase in bites to quench thirst is not the only mechanism that can explain the relationship between drought periods and epidemics. Other studies have found that during droughts there are fewer wetlands and resources, which helps animals and mosquitoes come into contact more easily, favoring disease transmission. In addition, in the few existing wetlands there is a greater concentration of nutrients necessary for larval development. In these temporary and ephemeral ponds the proliferation of mosquitoes is favored by the absence of large predators, which inhabit permanent aquatic environments. The periods of heat and drought not only affect predators of aquatic environments but also the potential predators of adult mosquitoes, allowing their populations to be larger.

In short, that periods of drought can favor the proliferation of some species of mosquitoes, and make that mosquitoes become more aggressive. The increase in temperatures caused by global warming could lead to more frequent and longer periods of drought in areas where mosquitoes are a threat to human health.