The art of catching mosquitoes

The art of catching mosquitoes

Mosquito sampling is a very complex task. But why are we interested in capturing mosquitoes?

One of the reasons is to carry out scientific studies, and the other, to try to reduce the amount and make us feel better at home (control method). In the second case, we have to achieve massive captures, why will we only notice an improvement if we eliminate most of the mosquitoes.

Adult mosquitoes can be captured in two ways: actively or passively. In the first case, we will move to the points where we think there are mosquitoes and we will try to capture them with special vacuum cleaners and normally, aspirating to the places where the mosquitoes rest during the day. It would be the equivalent of entomologists and entomologists who study butterflies, with their hose. This method does not allow to capture many specimens, since logically, they escape.

In passive captures, devices are used that are very attractive to mosquitoes, and thus make them come to a specific point where they can be captured and automatically absorbed by the machine, which keeps them alive in a space inside or not.

The attractiveness of these traps is the most important factor for them to be effective, especially if we want to eliminate a high number of mosquitoes from the environment. This attractiveness is achieved by knowing the stimuli that mosquitoes use, and also their biological cycle and what they need at all times.

How do mosquitoes find us?

Most find humans through the carbon dioxide (CO2) we breathe out. It is a long-distance detection method that mosquitoes use to find their victims from afar. In contrast, when they are closer, mosquitoes can detect the heat and odor of our bodies, such as lactic acid. Some species of mosquito can even detect movements and colors.

Fig. 1: The path that a mosquito makes to detect its host. Once it has detected a CO2 trail (a), it zigzags against the current (b) to detect where the trail is coming from (c). When he traces the trail, his visual field is activated (d), the closer he receives stimuli from other body odors (e) that he has just confirmed closer (f). Finally, thermal sensors allow you to locate a good area to land and bite into (g). Source: Mosquito Alert (CC-BY-NC-2.0)

If you want to know what makes some humans more attractive than others for mosquitoes, you can read it in this previous blog post: Why do mosquitoes bite me so much?

How do mosquito traps work?

Normally we are interested in catching mosquitoes before they bite us.

In order to capture hungry females, the traps simulate the presence of a person or an animal. The most effective devices are therefore those that best mimic this presence, incorporating chemical baits, such as extracts from human sweat odors, or carbon dioxide, which many mosquitoes use to locate the victim based on their breathing.

Now, although CO2 and sweat are effective in attracting mosquitoes that are hungry for blood, we must bear in mind that if we want to capture them at other times we will need different baits and traps. For example, a female that has already developed the laying of eggs in her abdomen will not bite us in any case because she is not looking for blood but a sheet of water where she can free herself from her eggs.

This water is located by the own odors that emanate when it has been stagnant for a long time, and it can also be done visually. Therefore, a trap that wants to capture females with eggs will be completely different. These traps will have another structure with water inside, and with the smell of wet organic matter.

All this is complicated if we consider that many species of mosquitoes have very different behaviors from each other.

A mosquito of daytime habits can be guided by sight to discover a prey, but a nocturnal one needs smells, because it cannot see us. That is why the diurnal ones such as the tiger mosquito (Aedes albopictus) tend to act preferably outdoors, while the nocturnal ones (such as the common mosquito, Culex pipiens) usually act inside the houses, where the enclosed air of the rooms allows them better orient yourself towards the body of the person who is in bed in the dark by following only the smell and the heat of the body.

Therefore and as a general rule, traps based on odors and on the emission of light are effective on nocturnal mosquitoes, while those that use visual attractions can work with diurnal species. Certain types of traps combine these tricks and are quite useful against various types of mosquitoes, especially adult tiger mosquitoes. The traps are most effective when carbon dioxide is added.

Passive traps are designed to attract female mosquitoes that have already bitten and are looking for a place to lay their eggs. Therefore, they must mimic the conditions of a breeding place that are suitable for mosquitoes.

Of these traps we can find simpler or more complex. The simplest consist of a plastic pot with a wooden stick where the females lay their eggs. In this case, the females can get out of the trap, they are not trapped. These are called oviposition traps since they allow to collect the substrate where the eggs have been laid and take it to the laboratory to be able to do the follow-up and monitoring. 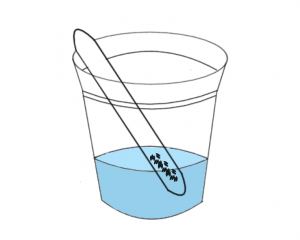 The most complex ones have a black entrance tunnel that takes the mosquitoes to a chamber (which is usually light or transparent in color) and where they are captured. In this chamber we find an adhesive sheet where the females are stuck and die. This type of traps does not allow to collect the eggs of female mosquitoes since they usually stick together before laying them. 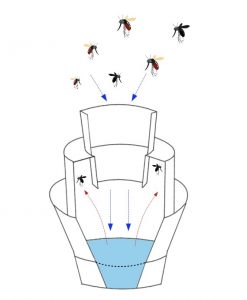 They can be used to detect the presence of Aedes aegypti, Aedes albopictus, or another huge variety of female Aedes mosquitoes.

Interpreting data from an oviposition trap requires some caution, as they compete with natural habitats for larvae and estimates from traps may not accurately reflect the number of female mosquitoes in the region.

Active traps are thought and designed to attract adult mosquitoes.

In general, these combine black and white colored structures to attract mosquitoes towards a central opening where suction takes place, with the emission of specific organic odors, and that reach their maximum effectiveness when carbon dioxide is added.

The gas is released through an opening in the upper part of the trap, thus adding a cloud of CO2 that is added to the column of aromas directed upwards inside the trap. This fact mimics the natural spatial distribution of human body odor and our breathing. This addition of carbon dioxide greatly improves the sensitivity of the trap for both Aedes albopictus and Aedes aegypti. 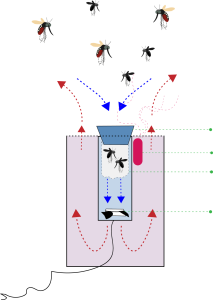 Factors that condition the effectiveness of traps

There has been a lot of debate as to whether mosquito traps are effective in limiting mosquito populations. The effectiveness of a mosquito trap depends on many factors, including:

There is no absolute catch

The reality is that there are many commercial models available for all of these machines. However, as we can see, there is no absolute trap, but it depends on the species to which we direct it, the moment of its life that we want to capture, and the purpose of the sampling.

If you were thinking about the control of tiger mosquitoes in our garden, but, it must be said that the most effective method is still the suppression of the breeding points. That is, prevention. 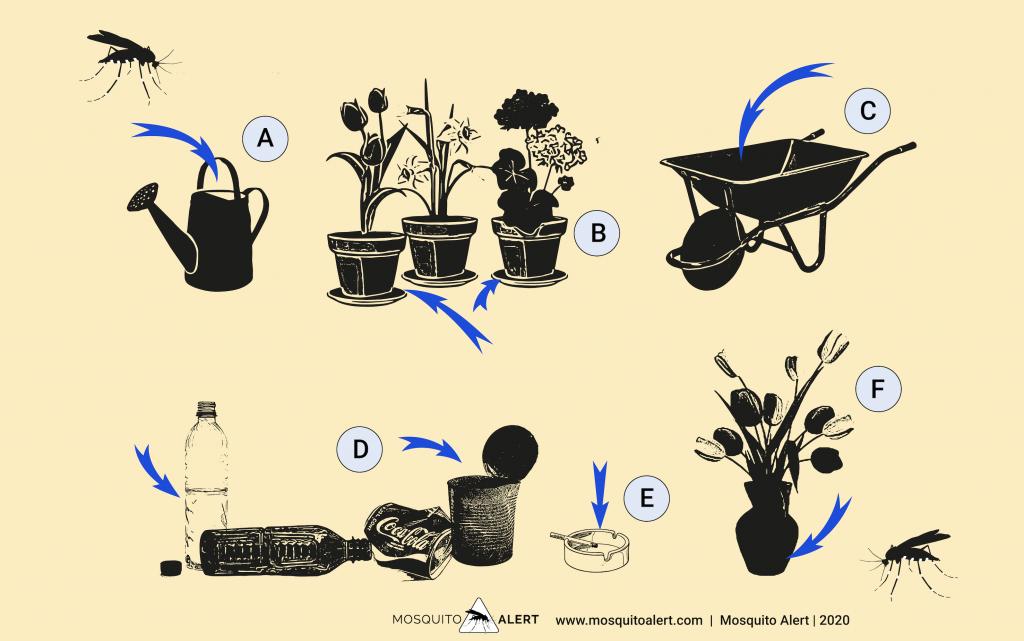 Fig. 5: Objects that can accumulate water in our outdoor spaces where the tiger mosquito can reproduce. (A) Sprinkler. (B) Plates from the pots. (C) Truck. (D) Bottles and other cans in disuse. (F) Vases. Source: Mosquito Alert (CC-BY-NC-2.0)

Some of these traps – of a professional and high cost type – can relieve us of the mosquitoes that bite us, but it is always more definitive and economical to eliminate the problem from the source, right?

Centers of Disease Control and Prevention (CDC). Surveillance and Control of Aedes aegypti and
Aedes albopictus in the United States. September 2017. 16 pp.