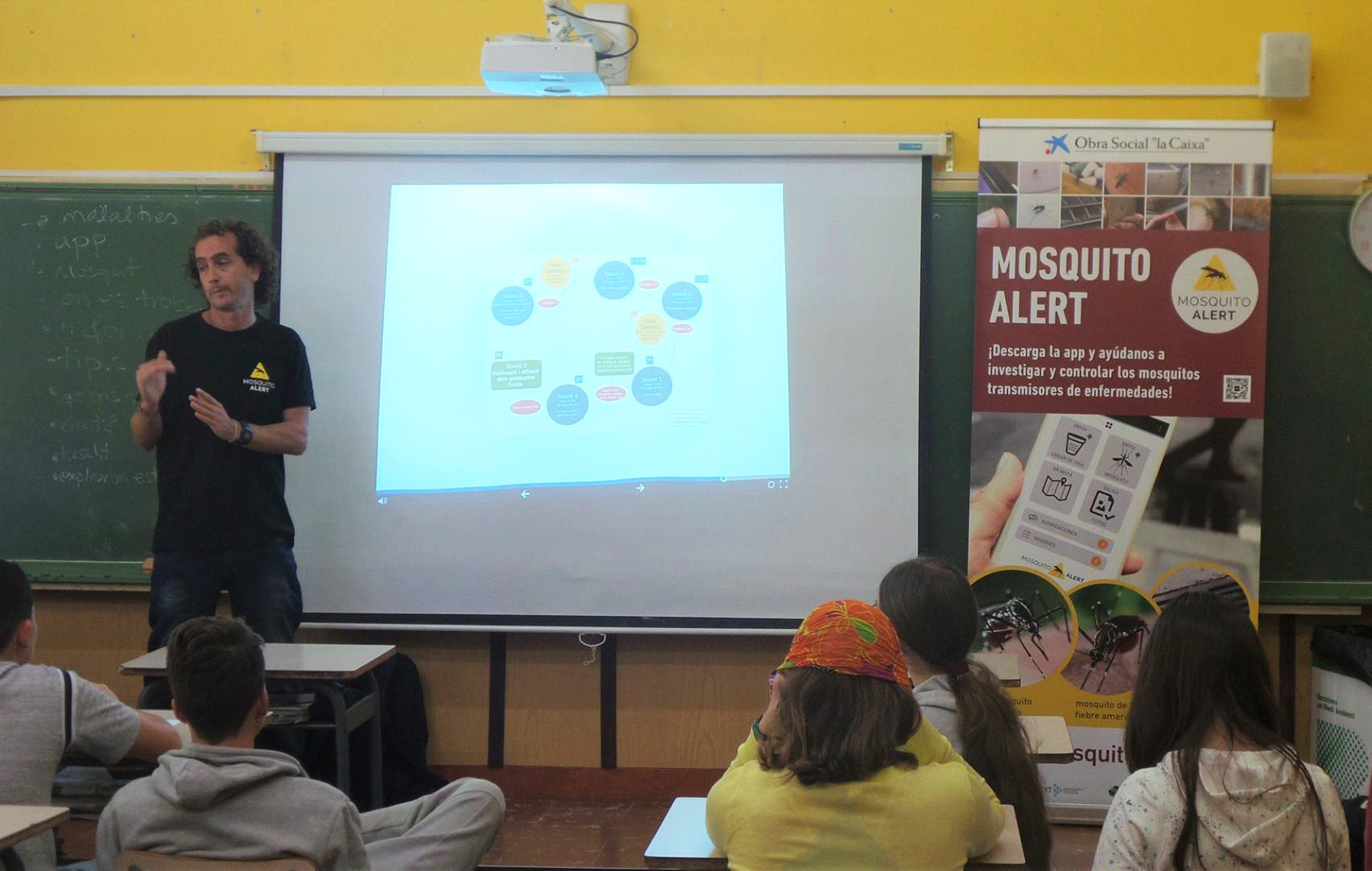 Students from a number of schools in Huesca, Teruel, Castellón and Ibiza will receive some news upon their return from summer break.  During the month of October they will be visited by scientists from the Mosquito Alert project to work together on the tiger mosquito problem using citizen science and new technologies.  This is an educational initiative which was successfully executed last year in a number of schools in the Catalonian provinces of Lleida and Barcelona.

Mosquito Alert’s educational program is carried out within the framework of a project from the Spanish Foundation for Science and Technology called “Mosquito Alert for Young People.” Encouraging scientific vocations through citizen science, the objective of this program is to build awareness about the citizen science project Mosquito Alert, a platform with which anyone can easily report a possible sighting of the tiger or yellow fever mosquitos or their breeding places by sending a photograph using the “Mosquito Alert” app.

Mosquito Alert scientists will visit several schools and tutor projects related to the tiger mosquito. Students will participate in activities to learn about the insect and the scientific method, using a web page specifically designed for these types of school projects called WebQuest. The students’ final project will consist in mapping possible tiger mosquito breeding sites in their municipalities using the app and their smartphones. 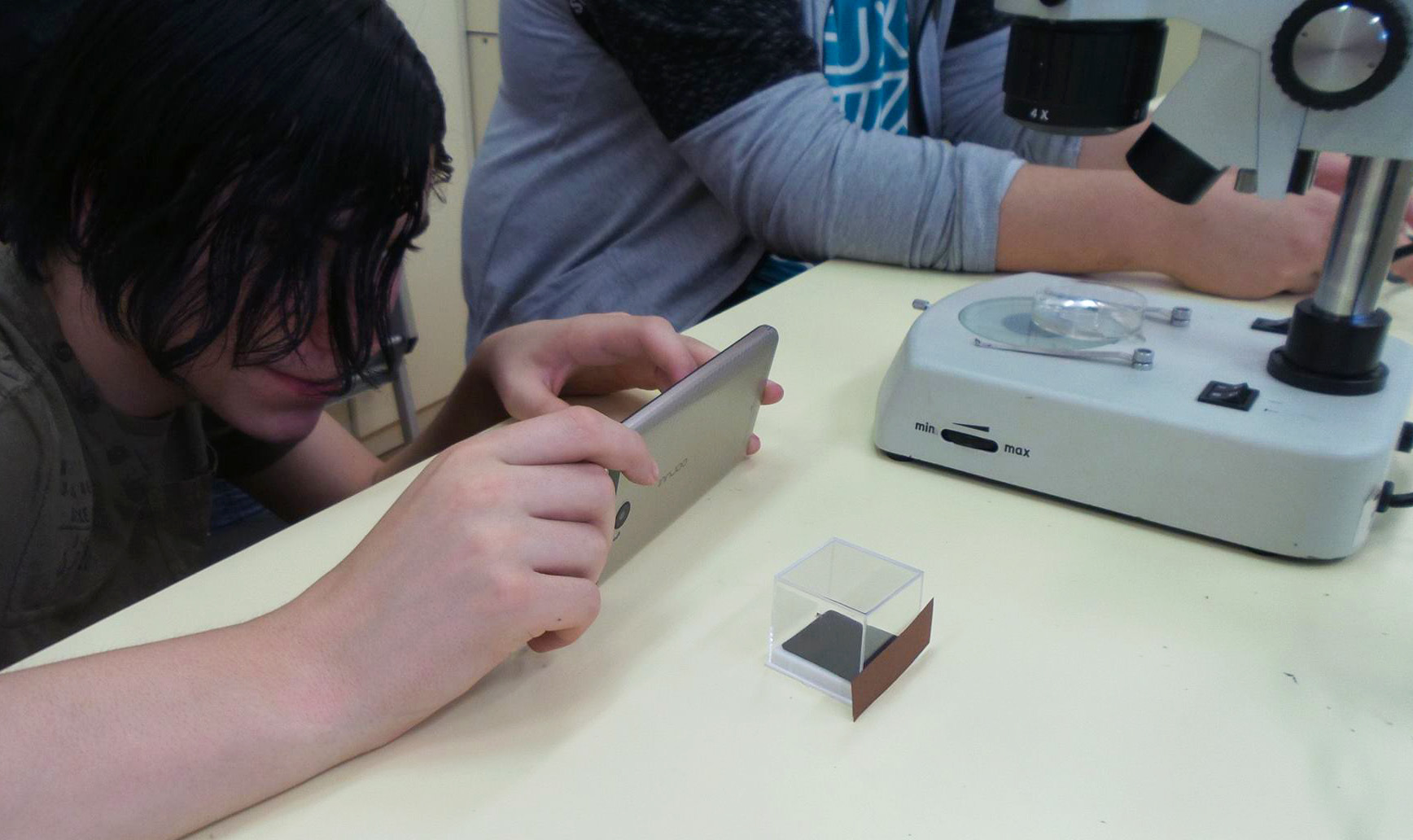 A student take a photo of a tiger mosquito with the mobile phone. Photo: Mosquito Alert.

Mosquito Alert will also conduct a training course for teachers from other schools interested in learning the educational program’s methodology. In the course they will be provided with the necessary tools to re-create the project with their own students.

Education takes to the streets

In the provinces chosen for the educational program, very few mosquito alerts have been made and it is still unknown whether the insect has become established, and for this reason citizen participation is crucial. In addition to the program adapted for schools, in each participating province additional tiger mosquito educational and outreach activities will take place, aimed at both adult and young audiences and designed to encourage use of the Mosquito Alert app. These public activities will be adapted to local circumstances in the form of talks or informational stands at fairs, libraries, city halls, etc.

The educational project is managed out by the Environmental Association Xatrac, which is part of the Mosquito Alert team responsible for scientific dissemination of the platform. The Mosquito Alert citizen science platform is coordinated by the institutions CREAF, CEAB-CSIC and ICREA and is supported by Obra Social “la Caixa”.