The journey of the chikungunya virus

The journey of the chikungunya virus 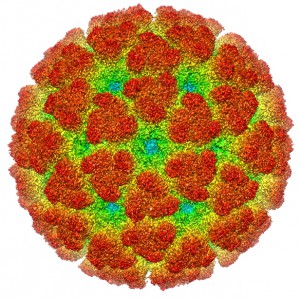 The chikungunya virus originates from African tropical forests where it in its natural cycle it moves between jungle mosquitos and primates. Its expansion towards the Indian Ocean and India began in 2005, where it resulted in millions of cases of infection and provoked large economic losses. This expansion is also associated with the spread of the mosquitos that are the vectors of the disease.

The virus has three distinct strains, two African and one Asian. When one of the African strains (of the ECSA genotype) comes into contact with the tiger mosquito, it undergoes a mutation which allows it to adapt to conditions within the mosquito. In this way, the tiger mosquito has become the main vector of the chikungunya virus, from the island Réunion to India, but also in Europe where in 2007 it caused an epidemic of more than 200 cases in Italy.

An Asian strain of the expanding chikungunya virus also arrived to the Americas, transmitted by the yellow fever mosquito Aedes aegypti, but through mutation the virus could also be passed to the tiger mosquito. 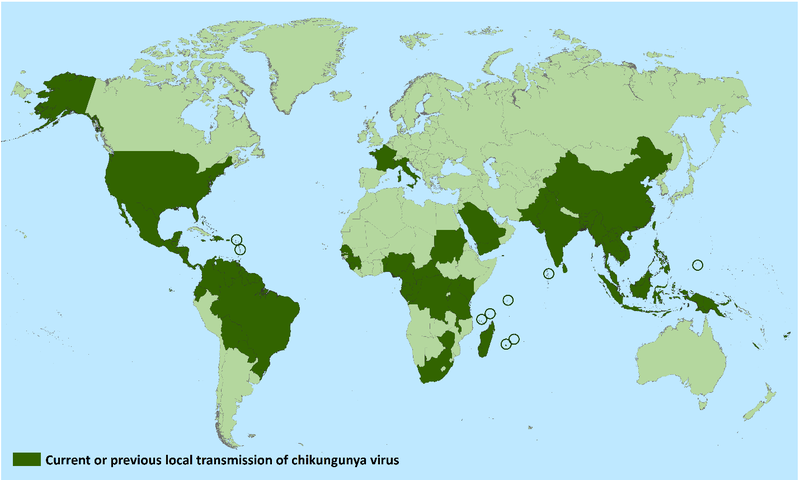 Map of global distribution of the chikungunya virus. Source: CDC

In temperate zones the tiger mosquito can survive the cold of winter in the egg phase; for this reason sporadic outbreaks can happen, as was the case in Italy in 2007 or more recently in Florida and France. In any case, globalization and ease of travel from endemic areas to temperate zones continue to be the main causes of its spread after winter.

In Spain, the cases of chikungunya have been in individuals who were infected previously in other countries; these cases would only be transmissible if it were a mutated strain of the virus. In France, a system for detection and disinfection of imported cases is already in place, and perhaps a similar system could be set up in Spain.

In the meantime, it is important to curb expansion of the tiger mosquito and control established populations. This minimizes risk of bites and infection, not only of chikungunya, but also other imported arboviruses such as dengue or zika virus which are present in many areas of the world and are also transmitted by the tiger mosquito.