The summer vigilance program initiated by the Directorate General of Public Health of the Community of Madrid, which included 38 sampling areas, ended this year with the conclusion that the tiger mosquito is not present in the region. 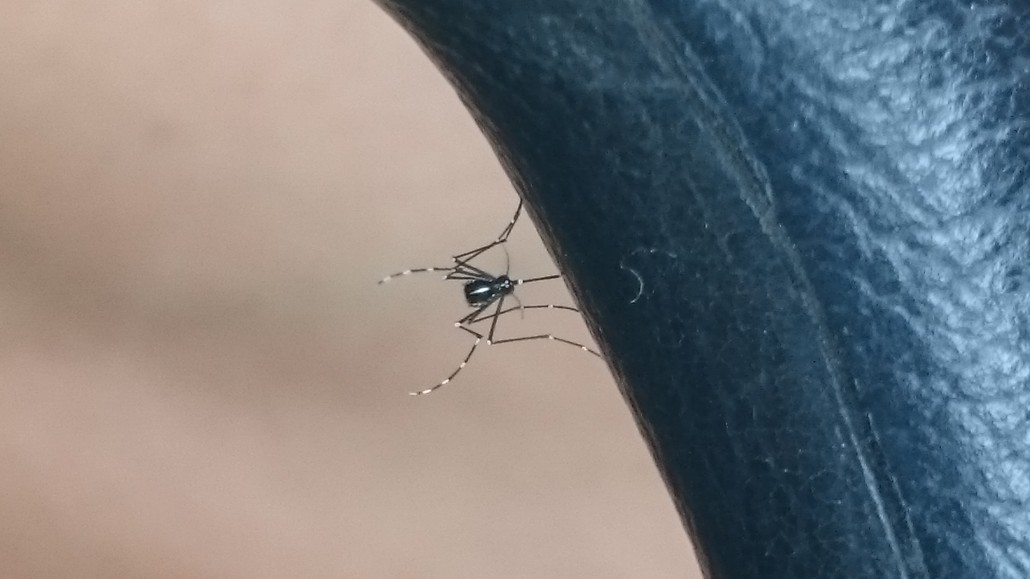 One of the ways that the tiger mosquito may arrive to inland areas of Spain is by transport in vehicles. Credit: Mosquito Alert (CC).

From July to October 17th 2016 the Directorate General of Public Health of the Ministry of Health of the Community of Madrid operated the Program for Entomological Surveillance and Sanitary-Environmental Control of Transmitting Vectors of Arboviruses (Dengue, Chikungunya and Zika).  The objective of this program was to prevent the tiger mosquito from entering the region, and to provide fast responses to avoid any possible risks to human health. During the sampling campaign 301 samples were taken and analyzed, all resulting negative for presence of tiger mosquito.

The Community of Madrid is a “pioneer” for having established this Program for Entomological Surveillance and Sanitary-Environmental Control of Transmitting Vectors of Arboviruses (Dengue, Chikungunya and Zika) as a preventive measure against the threat of the potential arrival of the tiger mosquito. The objective of the program is to provide surveillance and adopt preventative measures in case the tiger mosquito arrives and so is not able to gain a foothold in the region. To prevent this, program includes a rapid-response protocol should it appear.

The greatest concern to public health originating from this mosquito is its ability to transmit the pathogenic agents of worrisome diseases from other areas of the world, including Zika. According to the Directorate General of Public Health, the 70 detected cases of Zika in Madrid were imported, not caused by local incidences of transmission.

As a part of the vigilance framework of this program, 38 sampling sites were established. Traps were situated at key arteries of transportation, with an emphasis on roadways and train and bus stations connecting with other regions where the tiger mosquito is already present (mainly the Spanish Mediterranean Coast) and key points of freight transport (Mercamadrid and other logistics platforms). The analysis of the samples was aided by the participation of the Faculty of Biology of the Universidad Complutense de Madrid and other entomology experts.

This plan of the Public Health Council of the Community Madrid contributes to the plan of the Spanish Ministry for Public Health, Social Services and Equality which, along the same lines, includes sampling of Tarrejón and Barajas-Adolfo Suárez airports.

Complementary to entomological surveillance, the program includes a citizen alert system by which authorities can be notified when presence of the tiger mosquito is suspected. Using the Mosquito Alert mobile device application, users have sent photographs of the insect which were then analyzed by entomology experts. To date none of the photographed insects have been confirmed as tiger mosquito, though some were tagged as “likely”.

Citizen participation via Mosquito Alert, coordinated by a number of different research centers and financed by Obra Social “La Caixa”, has already aided early detection of this species in other Spanish regions, including Andalusia and Aragon. Also, beginning in 2015 Barcelona,  Valencia, Girona and the Island of Ibiza have adopted use of this citizen-based platform to complement their strategies for controlling and stopping the spread of the tiger mosquito.