The researcher John Palmer, recognized by one of the most prestigious competitions of the scientific community

The researcher John Palmer, recognized by one of the most prestigious competitions of the scientific community

The researcher Marie Skłodowska-Curie of the UPF and member of Mosquito Alert John Palmer wins the second prize of the contest “Falling Walls LAB-Marie Skłodowska-Curie Actions”. The award offered Palmer the opportunity to present his project in the final event of the “Falling Walls” awards. This foundation has been promoting the most innovative projects on science, politics, society, economy and art from around the world for 20 years. 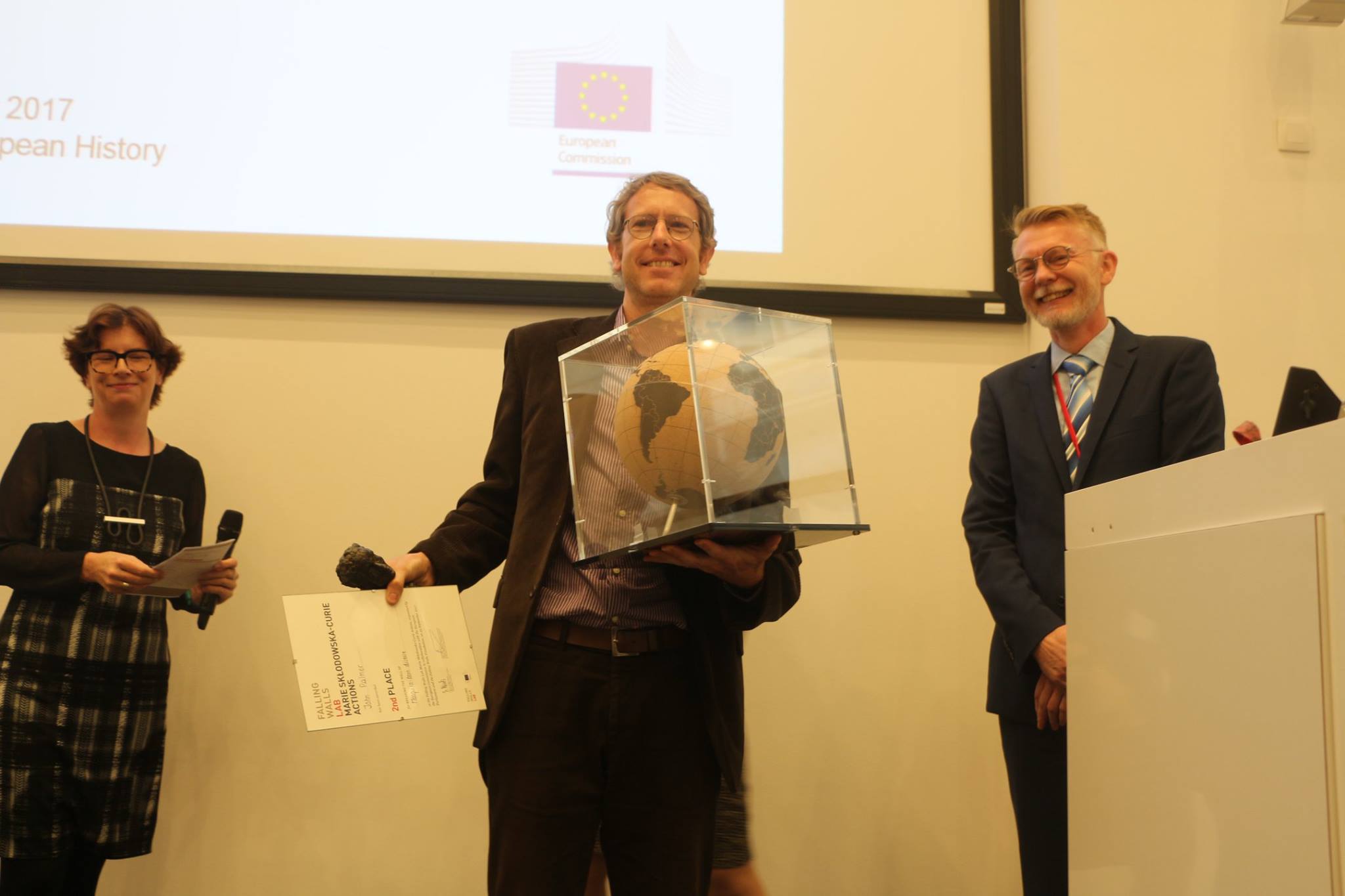 Last September 25th the researcher John Palmer of Pompeu Fabra University presented his scientific project at the “Falling Walls Lab” awards, held in Brussels. It was promoted by the Marie Skłodowska-Curie program with the aim of highlighting the best projects carried out by researchers belonging to this prestigious European program.

With three minutes Palmer exhibited his work which includes various social aspects related to the risk of disease transmission through mosquitoes. His work is a part of the research line of the citizen science project Mosquito Alert and highlighted the challenges achieved thanks to the participation of citizens in combination with scientific studies. The jury appreciated the presentation of the work and awarded it with the second prize.

With this award, Palmer had the opportunity to present the project in the final phase of the “Falling Walls 2017” contest in Berlin, within the framework of the International Conference on Future Breakthroughs in Science and Society. In this event, held on November 8th, a hundred researchers from around the world defended their projects. The three final winners did it the day after with more than 600 guests.

The second prize (and a trip to Berlin) goes to John Palmer of @Mosquito_Alert! Such a good performance today at #MSCA #FallingWalls17! pic.twitter.com/LyVDLygYEr

Tomorrow, @Falling_Walls Lab will take place in Berlin. #MSCA fellows Fabien Wagner and John Palmer will present at the international conference on future breakthroughs in society.

You can find the livestream and further info here: https://t.co/O99xnFhtKu pic.twitter.com/MOaprHgSpO

Falling Walls is a unique international platform for leaders from the worlds of science, business, politics, the arts and society. It was initiated on the occasion of the 20th anniversary of the fall of the Berlin wall.

Through the “Falling Walls Lab-Marie Skłodowska-Curie Actions” contest, the aim is to give international visibility to the most promising scientific projects carried out by researchers belonging to this European scholarship of scientific prestige. The projects submitted to the contest are selected in an open call.

At #FallingWalls17, we make one thing clear: #AlternativeFactsStopHere! Join the message, wherever you are! pic.twitter.com/TTvddHAtud