The yellow fever mosquito, Aedes aegypti, is considered one of the main world health problems. This is due, on the one hand, to its ability to transmit dengue or Zika viruses, as well as its ability to inhabit urban environments. The species is native to Sub-Saharan Africa but the slave trade between the 15th and 19th centuries transported it from West Africa to the Americas and Europe.

Today the mosquito is not present in continental Europe, but it was until the 20th century. From Portugal to the Black Sea, the species was found in a large number of European ports, where it gave rise to significant outbreaks of yellow fever for centuries. The causes of his disappearance from the continent are unknown. It is suggested that hygiene improvements in water canalization systems, as well as the widespread use of insecticides to reduce the risk of malaria, led to its extinction.

In continental Europe the presence of the species has not yet been detected, but the numerous urban areas distributed along its coast represent favorable habitats for the establishment of the species. Its ports and adjacent urban areas are characterized by being the gateway for a large number of exotic species due to intense international trade. The continued transit of goods from Asia and America where the species is established increases the chances that it will make its way to the mainland Europe. Due to their climatic and urban conditions, the cities of the Mediterranean basin are those that present the greatest risk, as suggested by a new study based on simulations.

The work has focused on evaluating the possibility of the species establishing itself in five of the European ports with the highest commercial traffic: Algeciras, Barcelona, Venice, Genoa and Rotterdam. 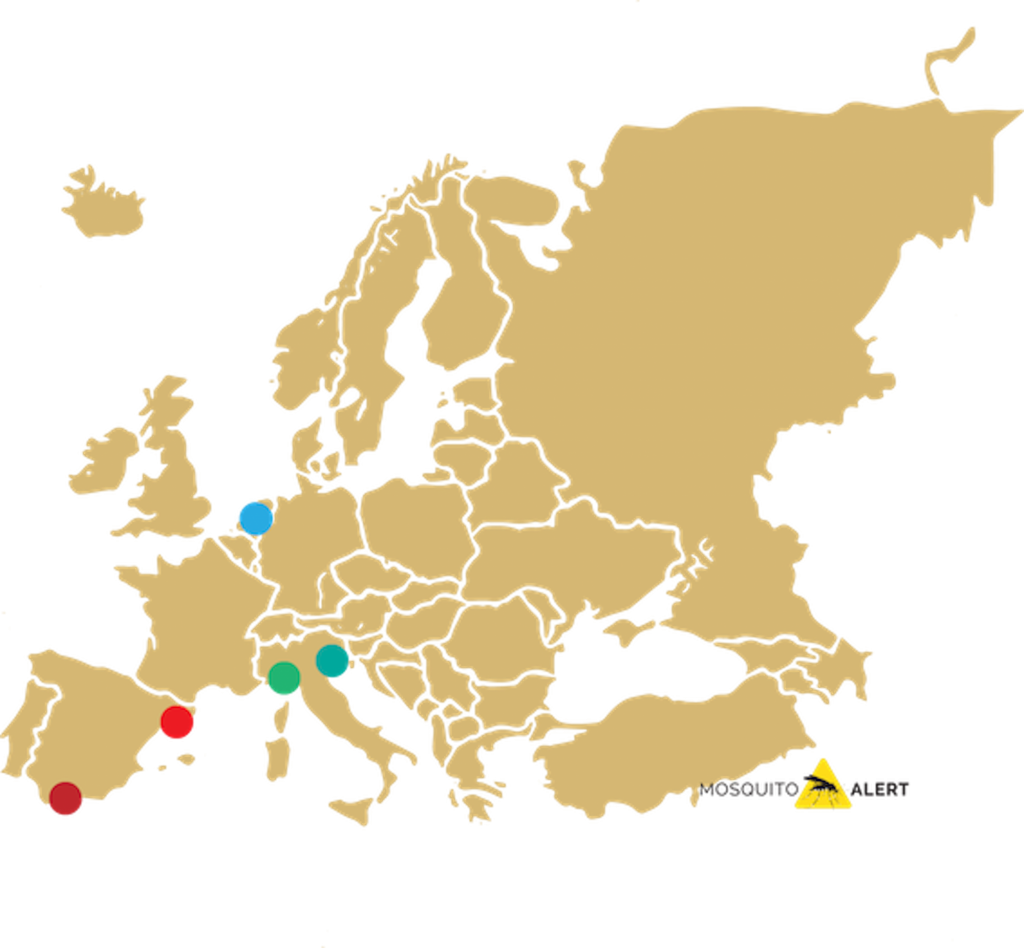 Fig.1. Map with the location of the five ports analyzed by the study by Da Re et al. 2020. From south to north they are: Algeciras, Barcelona, Genoa, Venice and Rotterdam. Source: Mosquito Alert CC-BY 2.0

The climate, the urban structure and the road network determine the establishment of the mosquito

Considering the temperatures of each one, as well as the urban structure and its connectivity with other populations, the authors have developed a model to simulate the viability of the accidental arrival of a few individuals of Aedes aegypti to one of them. The question to answer that the study raised to the authors was: if it reaches any of these ports, can it be established? To answer it, they considered several factors. Among them climatic, but also the size of human populations, as well as its road and transport network, which has been shown to facilitate the passive dispersal of mosquitoes.

Considering all these parameters, they concluded that the city with the highest risk of establishing the species is Barcelona, ​​followed by Algeciras. In Barcelona, ​​the climatic conditions and the urban fabric is where there could be a greater growth and spread of its populations. From there the species could expand to the south, north and interior of the city, occupying new municipalities.

Fig. 2. Study simulation results for each of the 5 cities. They show the dynamics of the populations of Aedes aegypti over two years from an accidental introduction. The green line represents the number of female mosquitoes. The gray the invaded area where the species could be dispersed in this period. The blue line is the oscillation of the temperature throughout the year. Note that the scales of the figures are different between cities to facilitate visualization, but while the abundance of mosquitoes in Algeciras does not reach the value of 50, in Barcelona it shoots above 500, while in Italian ports it is barely reaches 30. Source: original figure by Da Re et al. 2020. BioRxiv 10.1101 / 2020.06.04.133785

On the other hand, the populations introduced in Genoa, Venice and Rotterdam could persist for a more or less long period of months, but in none of these sites could the species overcome winters. The yellow fever mosquito, unlike the tiger mosquito, does not go into diapause, being much more susceptible to disappearing during winters in temperate zones. Not so in the mild winters of the Mediterranean regions.

Although it is a study based on simulations and mathematical models, it is one of several that warn of how susceptible the southern Mediterranean basin is to the arrival of this species. In these cities you would find everything you need to develop, a good temperature, abundant guests and a large number of places where you can breed. Aedes aegypti is a much more urban species than the tiger mosquito, adapted to living and entering closed spaces.

Traditional surveillance programs and citizen science programs, such as the Mosquito Alert program, are essential in order to detect possible early introductions of the species to the continent and carry out control actions to eradicate it before they are permanently established as it happened with the tiger mosquito. Studies like this help to know where to put the focus of surveillance.

Schaffner F, Mathis A. 2014. Dengue and dengue vectors in the WHO European region: past, present, and scenarios for the future. The Lancet Infectious Diseases 14: 1271-1280