A new platform for managing the tiger mosquito with citizen involvement

A new platform for managing the tiger mosquito with citizen involvement

The Tiger Mosquito Vigilance and Control Program in Girona, which began in the year 2008 as a collaboration between Dipsalut and the Mosquito Control Service of Roses Bay and the Lower Ter, has contributed a great amount of experience and data – all of which served as a source of inspiration to begin the Mosquito Alert project. Beginning in 2015, the Mosquito Alert app has been used as a tool in this program serving urban areas throughout Girona.

According to the Head of the Area of Health Protection of Dipsalut, Xavier de Acebo, one of the most powerful functions of this platform is the ability to add and edit environmental information of relevance to the tiger mosquito, such as maps of water drains and sewage systems, records of pest control treatments, and visualization of risk areas. Such information can be combined with citizen alerts made using the Mosquito Alert app. “We can see, for instance, if citizen-made tiger mosquito alerts coincide with water drains with stagnant water on street level, or if the number of tiger mosquito observations decrease after pest control treatments,” says Xavier del Acebo.

The portal will allow greater efficiency in the management of tiger mosquito populations on the regional scale. This spring, the system will be tested in pilot trials in urban areas of the province of Girona as well as in the cities of Barcelona and Valencia. “We want public administrations, including the local governments of both large and small cities, to encourage use of the [Mosquito Alert] app so that they can use this portal as an additional tool incorporating citizen data on the tiger mosquito, and to use this information in their vigilance and control programs,” says Frederic Bartumeus, ICREA, CREAF and CEAB-CSIC researcher and Director of Mosquito Alert. In the future, this tool could also lead to the creation of regional models capable of predicting the distribution of this disease-transmitting mosquito.

The development of this new management portal was made possible thanks to the Geographic Information Systems and Remote Sensing Service of the University of Girona (SIGTE-UdG) as part of the collaboration agreement between Mosquito Alert and Dipsalut. 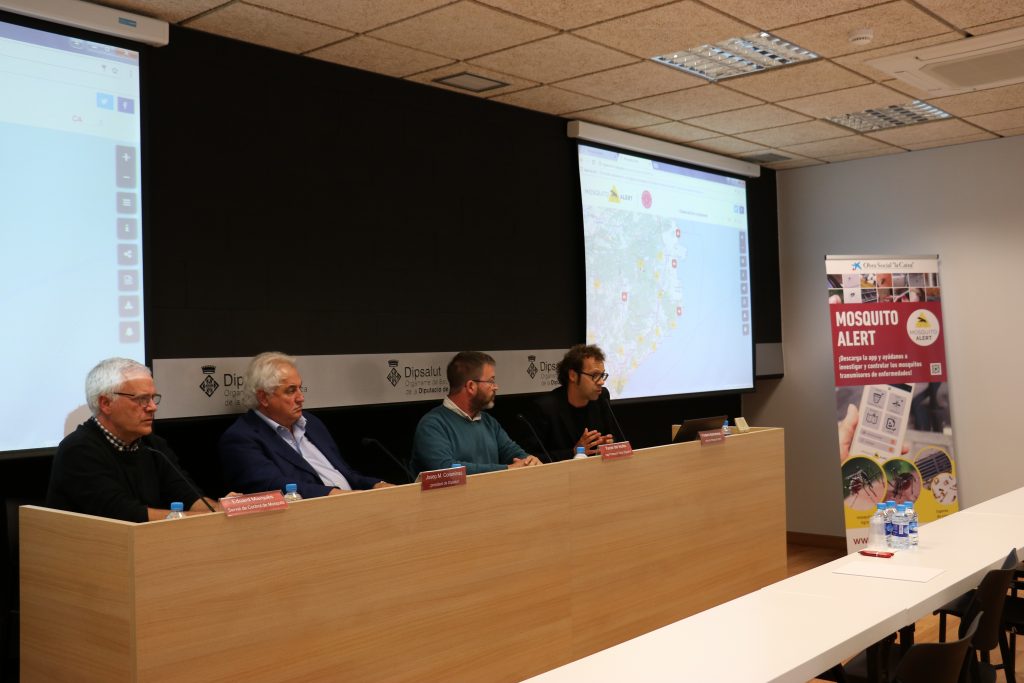 It is also hoped that the creation of this new portal will improve communication and transparency between public administrations and citizens and maintain the public informed and engaged. “For these kinds of problems related to the environment and public health it is crucial to keep the public informed about the activities that are being carried out [by public administrations]” says Frederic Bartumeus. For example, via the app, officers will be able to send notifications to specific persons or those within a given region, informing the public about treatments or other actions that are being carried out to control the tiger mosquito. This system for communication can also be used to get in touch with citizens to ask them for more information when necessary. “We may find ourselves in a situation where sightings of the tiger mosquito occur in a new area and in that case we may need more information,” says Bartumeus.

Apart from these special functions for public administrations, as always the Mosquito Alert map of citizen alerts can be visualized and shared by anyone through the web site, www.mosquitoalert.com.