Barcelona begins a new campaign for control of the tiger mosquito, urging citizens to take part

Barcelona begins a new campaign for control of the tiger mosquito, urging citizens to take part

The city government of Barcelona is asking citizens to take pictures of any tiger mosquitos they find and send these observations using the mobile device app from the Mosquito Alert platform, supported by Obra Social “La Caixa”. Mosquito Alert is a citizen science platform coordinated by CREAF managing thousands of observations of the tiger mosquito and its breeding areas.

This May, the Public Health Agency of Barcelona (ASPB) began its annual period of surveillance and intensive control of the tiger mosquito (Aedes albopictus) in the city, lasting until the end of November. Once again, the Mosquito Alert platform – supported by Obra Social “La Caixa” – will be one of the key tools used in the strategy of prevention employed in the city. Using the Mosquito Alert mobile device application, citizens can send photos of any tiger mosquitos and possible breeding sites that they find; of particular concern are things such as water drains accumulating water, ornamental fountains, etc. By participating, citizens will be collaborating with citizens and public health managers in the fight against this insect, a vector of diseases including dengue or Chikungunya.

Beginning this year, citizens will also be able to contribute to early detection of the mosquito causing the expansion of the Zika virus in South America, Aedes aegypti, whenever it may arrive to Barcelona. For this, the application now shows citizens how to distinguish the tiger mosquito from this other mosquito species in three easy steps. All of the data received via the application – including geolocated photographs – are available publicly on the project’s interactive maps, and can be consulted at any time.

The head of the Tiger Mosquito Control Program at ASPB, Tomás Motalvo, explains that this tool is enormously useful, especially for detecting breeding sites in the public space, which turn out to mostly be water drains, and he insists that participation from everyone is key for control of this insect. “Citizens need to take care not to leave small containers with water on their property, since these are perfect mosquito breeding spaces,” says Motalvo. 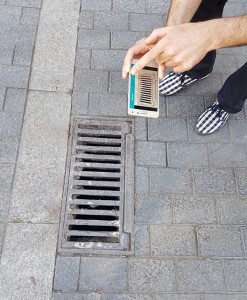 Mosquito Alert, first begun under the name Atrapaeltigre, is a citizen science project coordinated by the ICREAF Movement Ecology Lab and associated with the Blanes Centre for Advanced Studies (CEAB-CSIC) and CREAF. Currently, the project has the support of Obra Social “la Caixa” and is cofinanced by the Public Health Agency of the Diputación de Girona (Dipsalut), by the Spanish Ministry of Economy and Competitiveness, by the Spanish Foundation for Science and Technology (FECYT), and the Lokímica corporation.

A collaboration which gives results

The Barcelona Public Health Agency has been conducting its tiger mosquito surveillance and control program in the public space since 2005 with the objective of maintaining control over the species. For the last couple of years the ASPB has been using information from Mosquito Alert to help prioritize and organize different control measures carried out in the city, this in addition to other sources of information. For example, in 2015 300 reports were received from within the city limits. 20% of these reports were included in the surveillance and control program, effectively helping to reduce the presence of the tiger mosquito, improving the quality of life of citizens, and helping to minimize risk of transmission of diseases.

Thanks to this program, attention is given to problematic issues within the public space reported by citizens, there is constant surveillance in different risk areas (there were 68 risk areas in 2015), and there is surveillance and control of cases of arboviruses within the city in order to avoid possible transmission of diseases through mosquito bites. Each year the ASPB manages around 250 incidents related to the tiger mosquito, carrying out close to 900 control interventions within the city. 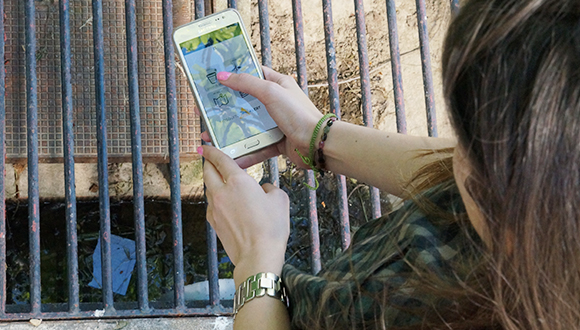 Prepared for Zika, Chikungunya, and other diseases

Experts say that diseases transmitted by vectors represent 30% of emerging diseases. Also, the presence of the tiger mosquito throughout the Mediterranean makes it necessary to maintain constant vigilance and coordination between all implicated agencies and groups. As of June 15th 2016, cases of Zika, Chikungunya, and dengue have been detected in Catalonia. About 30% of these cases were in Barcelona, and implementation of the protocol for surveillance and control of mosquitos which can transmit arboviruses is fundamental in order to reduce risk of transmission. In fact, as stated by Mosquito Alert Director Frederic Bartumeus, “we are working on combining citizen data with ASPB data in order to develop models which are able to predict how the mosquito is distributed and estimate if there is epidemiological risk that one of the viruses transported by the mosquito goes into expansion.”