Tiger mosquito season is here, with new sightings constantly being added to Mosquito Alert’s map. The platform received 74 photos of tiger mosquitoes in May and 190 in June, along with scores of shots of breeding sites. In this interview, Sarah Delacour-Estrella, one of the entomologists who validate sightings for Mosquito Alert, talks about her life, studies and career. 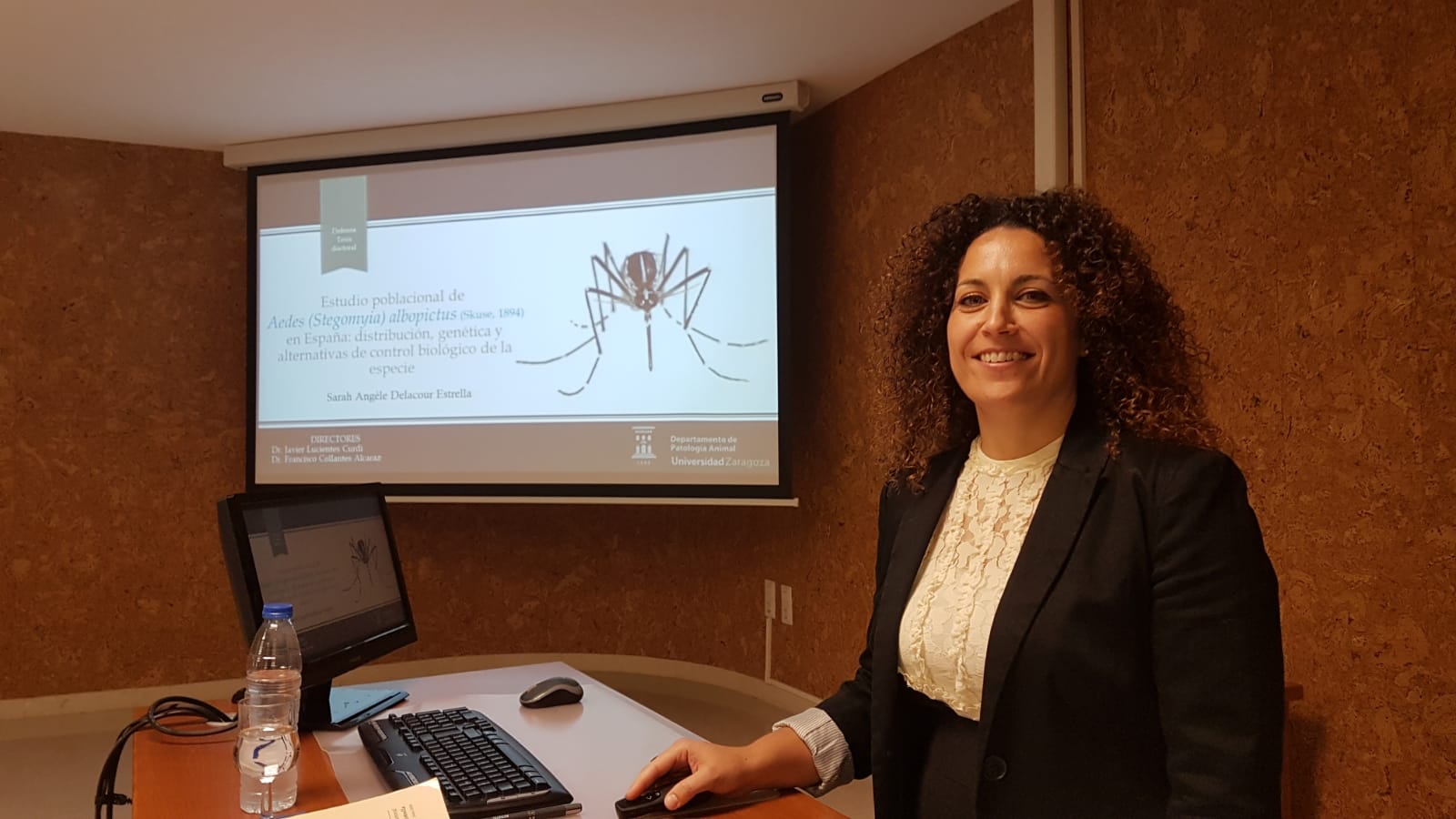 What made you study biology and specialize in vectors of disease?

When I was little, I was very fond of animals and wanted to study to be a vet. At secondary school though, I discovered biology and biodiversity, and taking a degree in biology really appealed to me. My specialization just happened by itself later on. Parasitology was a subject I particularly enjoyed while studying for my degree, and I took a master’s degree in tropical diseases. Many tropical diseases are transmitted by vectors, such as the tiger mosquito. One thing led to another and Javier Lucientes, professor of animal pathology at the University of Zaragoza, suggested I join his team.

You recently completed your doctoral thesis. Tell us a little about it.

I combined writing my thesis with my work related to the Spanish Ministry of Health’s national plan for entomological surveillance for imported vectors of exotic infectious diseases in ports and airports, and surveillance of autochthonous potential vectors of such diseases, which has enabled me to monitor the tiger mosquito’s spread in Spain for many years. As lots of studies have referred to the tiger mosquito’s particular ecological and physiological plasticity, I also studied how the genetic structure of some populations detected in Spain reflects temporal and spatial aspects of the dynamics of the insect’s geographical expansion. Lastly, with new methods of controlling tiger mosquitoes being required, I carried out preliminary tests on using entomopathogenic fungi – fungi that kill insects – to that end.

Very interesting! We’ll keep an eye out for the results. Let’s talk about Mosquito Alert. You’ve been part of the team of validators since 2015. What do you get out of that?

Firstly, I consider myself lucky to be part of a project like Mosquito Alert, which has proven to be a fantastic means of monitoring tiger mosquito activity and, given its role in detecting it in new areas, the insect’s spread. I think it’s a great way of providing people with information, involving them in tackling the problem, and helping them find out very interesting things about mosquitoes. It’s also good for them to be aware of the morphological and biological differences between tiger and yellow fever mosquitoes. Mosquitoes are fascinating creatures; beautiful even, to my eyes! 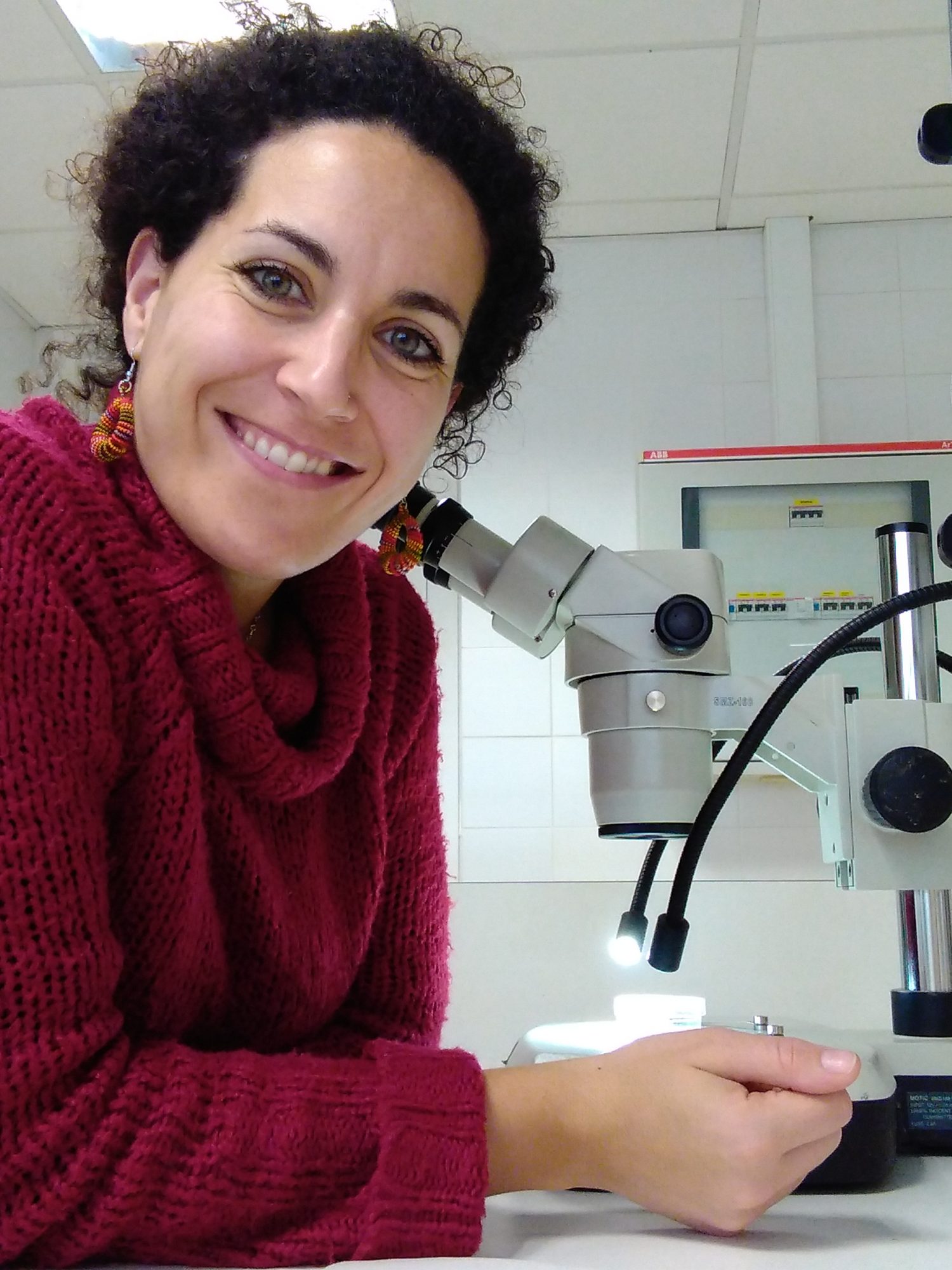 Sarah is a member of the expert validation team of Mosquito Alert since the beginning of the project.

Do you think Mosquito Alert has raised awareness of entomology and the need to study disease-transmitting mosquitoes?

I think people take an interest not so much because they’re concerned about disease transmission but more because tiger mosquitoes are aggressive, particularly bothersome intruders in their homes. That has led to plenty of interest. Mosquito Alert is also a showcase for people keen on science and photography. Some of our users’ photos are works of art.

What do you think the future holds for Mosquito Alert?

I think the authorities should get involved and promote Mosquito Alert as a means of monitoring and controlling vectors of disease. They could really benefit from making it one of their data management tools. Thanks to its real-time information, invasive species can be detected quickly, making it possible to take steps to control them and prevent them from establishing themselves.

Sarah giving a workshop about health and entomology. Photo: desinsectador.com

It has been said that to beat the tiger mosquito we need to know all about it, and that’s where entomology comes in. Do you think your scientific work is still largely unknown?

There are lots of research groups related to insects and vectors of disease now, and many areas of specialization. Even so, it’s true that there aren’t many people working on identifying mosquitoes. Things are changing though, and interest in learning more about them and limiting their impact on human health around the world is constantly increasing.

Hopefully that will continue to be the case and there will be more and more people investigating disease-transmitting mosquitoes. To finish, we wanted to ask you how many female entomologists you’ve come across in your career.

I actually learned to identify mosquitoes from the finest female entomologist around, Rosario Melero, another of Mosquito Alert’s validators. From what I’ve seen in recent conferences on disease-transmitting mosquitoes, it’s an area in which more and more women are working. I think that’s positive because the same is happening in other fields of research. I’m sure many of today’s little girls will be tomorrow’s leading scientists!

Interested in finding out about other validators? Read about Mikel’s experience in the team.