Mosquito Alert, an app to track disease-spreading mosquitoes, is now available in 18 European countries. It will allow scientists to monitor the spread of these insects, which can transmit viral diseases such as dengue, chikungunya, West Nile fever and Japanese encephalitis, and is produced by the European network AIM-Cost Action and the Versatile Emerging infectious disease Observatory (VEO). As the planet warms and intense rainfall becomes more common due to climate change, many mosquito species that are currently restricted to tropical latitudes are expected to colonise new temperate regions, particularly in Europe.

Through the app, people can take pictures of mosquitoes and try to identify mosquitoes that they see. The information is passed along to a team of more than 50 international expert entomologists, who validate the observations. 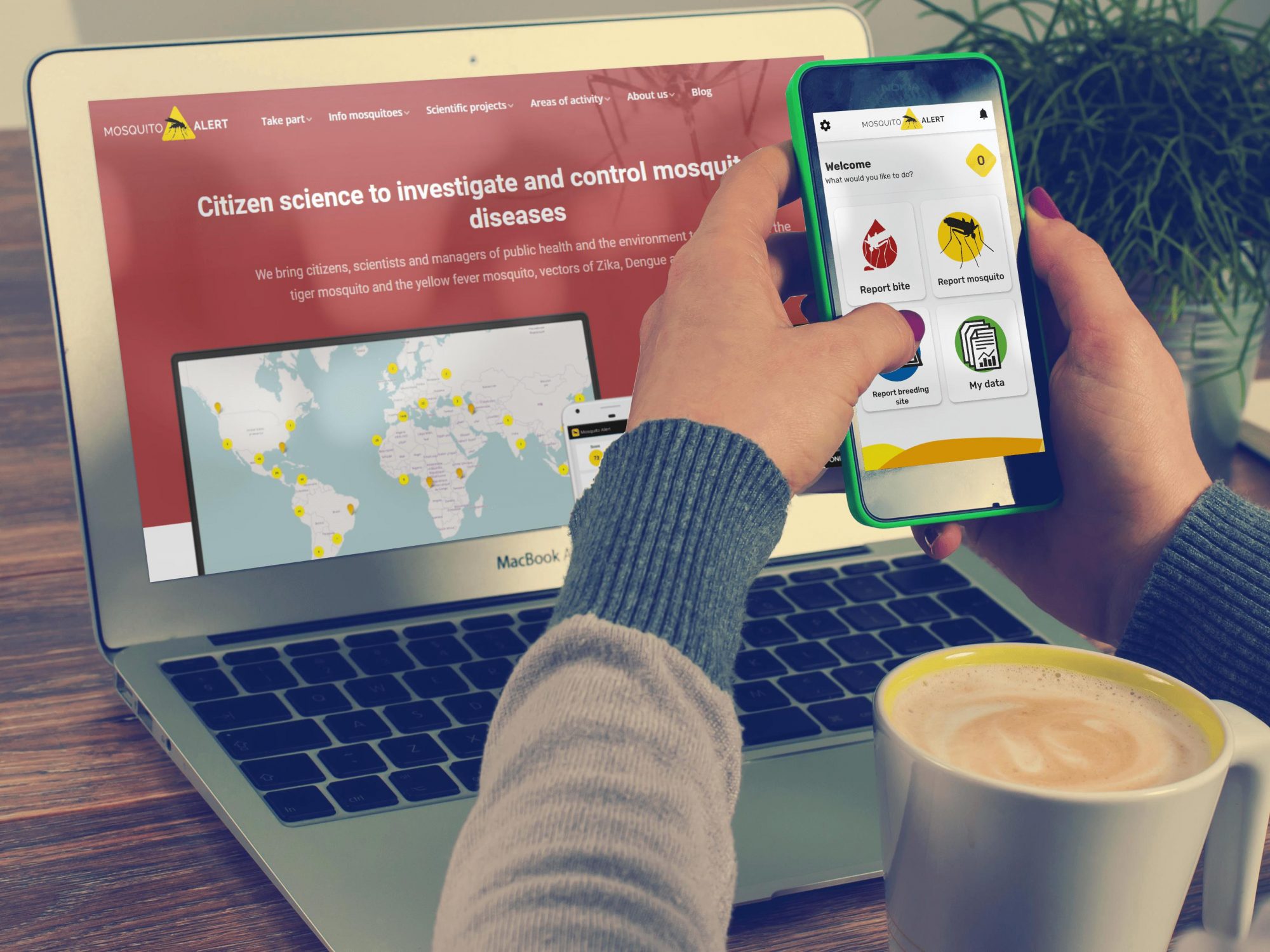 Recent outbreaks of dengue, chikungunya, and West Nile virus across Europe are a stark reminder of the risk of rapidly expanding native and invasive mosquito populations and viral diseases linked with globalisation and climate change. According to data from the European Center for Disease Prevention and Control, as of September 2020, Europe has registered 9 local cases of dengue (5 in Italy and 4 in France) and 168 cases of West Nile fever, of which 77 have been in Greece (with 9 deaths), 49 in Spain (with 4 deaths), 29 in Italy, 9 in Germany and 4 in Romania. And a 2019 study estimated that, if greenhouse gas emissions continue to increase, by 2080 400 million people in Europe will be exposed for the first time to viral transmission caused by mosquitoes of the Aedes genus, which can cause diseases such as Zika, chikungunya and dengue.

Mosquito Alert has been used in Spain for five years, where volunteers have reported more than 18,300 mosquito sightings These observations have been used to monitor the expansion of the Asian tiger mosquito (Aedes albopictus), a species originally from South Asia that can transmit dengue, chikungunya and Zika. The app also allowed for the early detection of the invasive species Asian bush mosquito (Aedes japonicus), an invasive species that can cause West Nile fever.

What’s new in the new app

“In recent years we are observing how new invasive mosquitoes, and the establishment of efficient mosquito vector species, like the Asian tiger mosquito, have been responsible for the epidemic transmission of chikungunya in Italy in 2007 and 2017, both with hundreds of cases, and autochthonous dengue and Zika cases in southern Europe,” says Alessandra della Torre coordinator of the AIM Cost EU project that this summer launched the first transboundary survey of Aedes invasive species in Europe.

Mosquito Alert aims to reproduce the Spanish success across Europe, and to create local communities of citizen scientist volunteers.

“We will never be able to achieve real-time global surveillance without new ways of monitoring mosquito distributions and activity patterns. Traditional means of data collection are too expensive to cover a national scale for long,” explains Frederic Bartumeus, co-director of Mosquito Alert and ICREA researcher at CEAB-CSIC and CREAF. “Citizen science based on smartphones is a way forward which we want to promote in Europe. We would like to encourage people to download the app and participate.”

Scientists stress that Mosquito Alert does not aim to replace traditional surveillance methods, but rather to complement them. Its main assets are its flexibility and the ability to assess all the data scientifically. It also creates an efficient communication channel between citizens, scientists, and public health managers, acting as an early warning system and raising awareness among the public of the potential risk of these insects.

The app allows participants to provide information on mosquito biting activity, as well as sightings, a feature that was not present in previous versions.

“The information about bites is valuable because it allows us to better understand the networks between mosquitoes and humans through which diseases circulate”, explains John Palmer, co-director of Mosquito Alert and professor at Pompeu Fabra University. 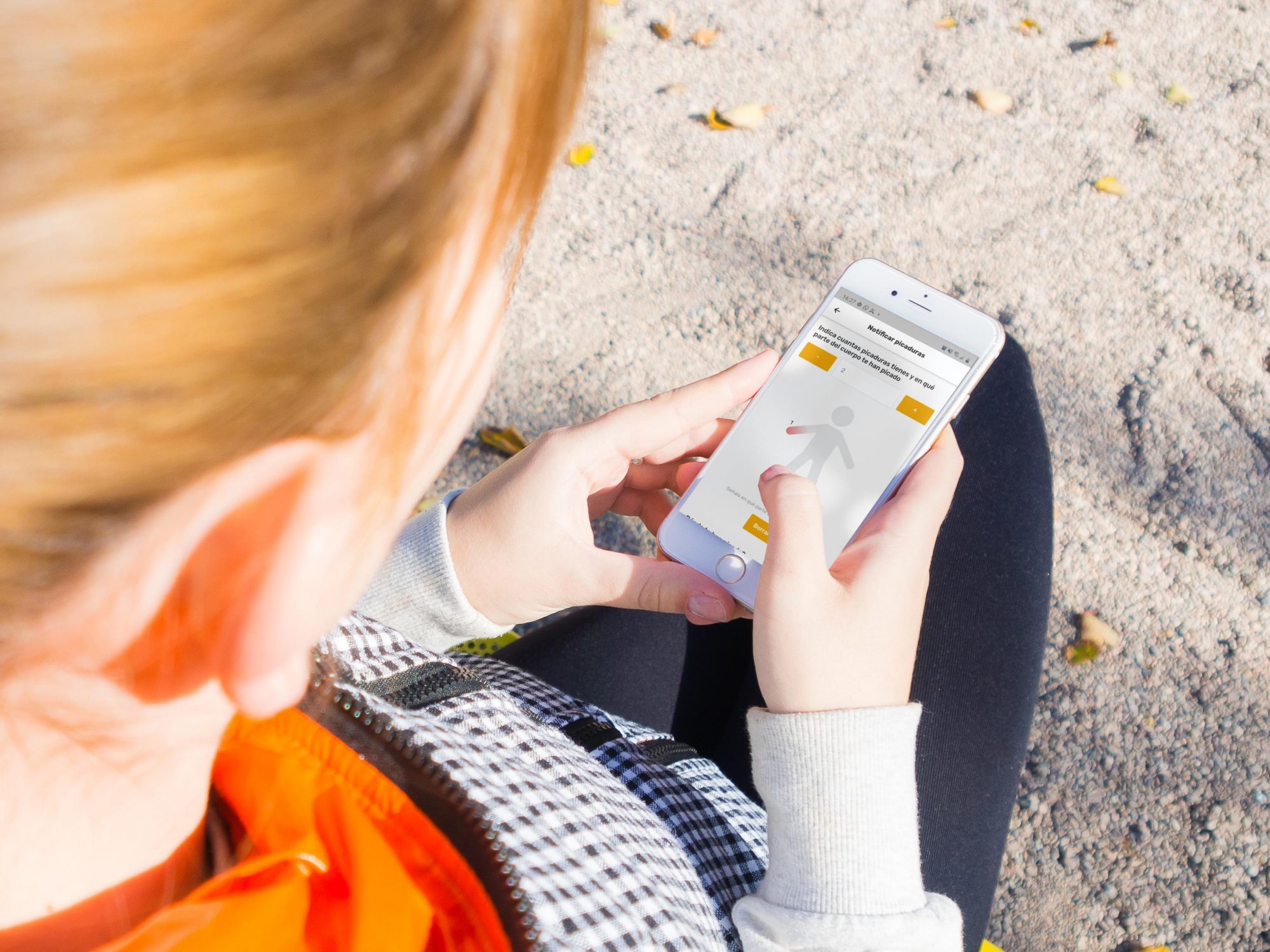 Another additional feature is the app will now allow to monitor the common mosquito (Culex pipiens complex), which is increasingly of concern in Europe due to its role in the transmission of West Nile virus. A disease of which 2,083 human cases and 180 deaths in Europe were recorded in 2018.

“The common house mosquito is a native species, but one that has an increasing epidemiological impact in Europe, which makes it necessary to monitor their populations, as is done with the invasive mosquitoes. In recent years, hundreds of local cases of West Nile fever have been counted in Europe and neighbouring countries, with a peak in 2018”, says professor Marion Koopmans coordinator of the VEO EU project, and Head of the Department of Viroscience, Erasmus MC, The Netherlands.