Why do mosquito bites itch?

Why do mosquito bites itch?

Every summer it’s the same story. It doesn’t matter if you are sitting on a terrace, playing volleyball, taking a walk, or trying to sleep. Without noticing even the slightest touch on your arms or legs, the infamous red rashes appear. Then is when the worst moment arrives: you begin to itch like crazy and you can’t stop doing it because if you do, the itchiness only gets worse. 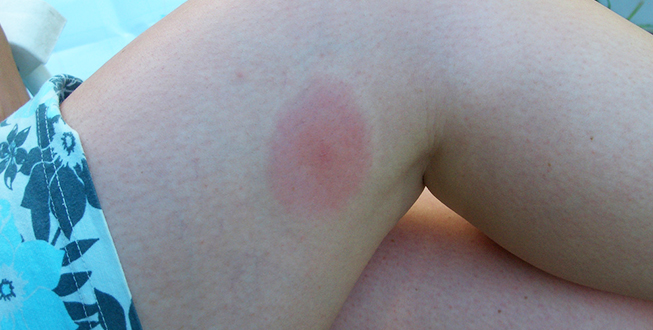 For all mosquito species, only the females bite humans. They don’t do it for self-defense like bees. It’s also not their only source of food since both males and females drink nectar from flowers. What the females need are the proteins found in animal blood in order to develop eggs, and humans, being animals, also count among their prey.

When a female lands on your skin it looks for a capillary under the skin using its palps, sensory appendages on the front of the head. Once on top of the capillary, it uses a trumpet-shaped organ called the proboscis, an appendage which is more or less equivalent to a mouth. The proboscis is made up a number of different organs, and inside it are the stilettos. These are used to pierce the skin until the blood vessel is found. Once found, the mosquito begins to drink blood using a different part of the proboscis only used to suck blood, the labrum.

While the mosquito sucks blood, it simultaneously injects its saliva into the area using a different tube, the hypopharynx. The saliva contains anti-coagulant proteins, allowing a continuous flow of blood and stopping the closing of the pierced area. This way, the mosquitos can drink blood quickly without us noticing.

Our immune system detects the mosquito saliva proteins as antigens, foreign substances, and interprets them as an attack. As a response, some of the blood cells produce antibodies in the area around the bite. These antibodies stimulate the mast cells, a cell type of the immune system. When activated, the mast cells produce histamines: these substances activate the inflammatory response in order to protect the individual.

When the histamines arrive to the affected area they widen the blood vessels in order to move better. As a result, the skin becomes inflamed and creates a rash or swelling around the bite. By affecting our sensory nerve endings, this irritation causes the itching sensation.

Itching only makes it worse

This is when we get to work, itching non-stop. But what we don’t know is that itching only makes the situation worse because we are stimulating the mast cells. This causes them to release even more histamines, and as a result the itchiness only increases, a viscous cycle which can only be stopped if we are able to resist the urge to itch. With so much itching it is quite easy to scrape away the skin, often leading to a small dermatological infection because under our fingernails there is a considerable amount of bacteria.

If we are able to resist long enough, the inflammation will reduce thanks to the natural response of our bodies. However, in the worst cases an even greater allergic reaction may occur, requiring antihistamines and cortisone to stop it. The greatest ally for soothing the itchiness is ice because cold works as an anesthesia on nerve endings and makes it so we don’t notice the itchiness as much. Use ice cubes out of the freezer wrapped in a cloth, or store a soothing or moisturizing cream in the freezer: this will offer the double effect of the cold as well as its other intended effects.