The project has been included in the portal of the Environmental Programme of the United Nations (UNEP) as an exemplary citizen science project promoting human health worldwide. 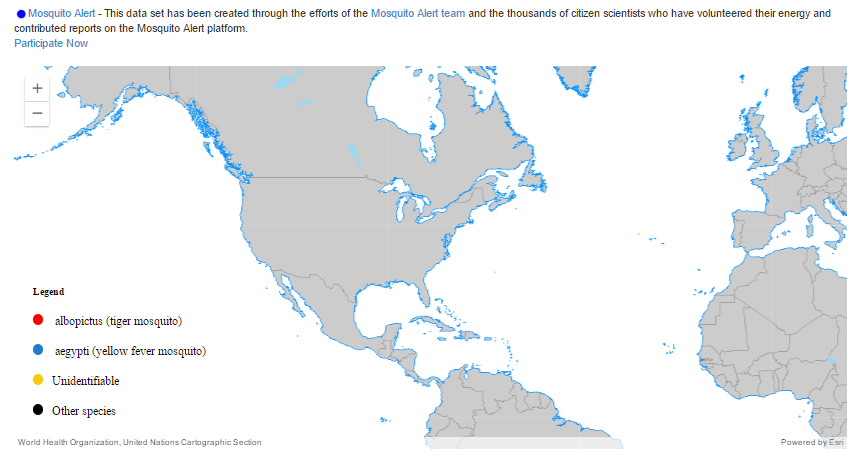 As of November 2016, the map and data of citizen observations created through Mosquito Alert have been accessible through the international portal of the United Nations Environmental Programme (UNEP). The UNEP selects some of the foremost projects related to health and the environment, and considers Mosquito Alert as a benchmark project tackling world health issues. “The philosophy of our project is valued, based on involving citizens in public health issues on a worldwide scale through citizen science,” says Frederic Bartumeus, director of Mosquito Alert and researcher at ICREA, CREAF, and CEAB-CSIC.

The project became known to Members of the European Parliament when John Palmer, Mosquito Alert member and researcher at Pompeu Fabra University (UPF), presented the project in Brussels in September 2016. “It was at that point that the Director of Research at UNEP Jacqueline McGlade became interested in highlighting Mosquito Alert within this international portal,” says John Palmer.

Some of the UNEP’s objectives are to help set the European environmental agenda, promote greater visibility for some of the most troublesome environmental and health issues, and provide solutions to such problems. It also serves as a reference portal for information on health and the environment. “We are put on the same stage as large initiatives such as the Noah project on biodiversity. Forming a part of this portal provides us with new opportunities and will position the project on the European level and internationally,” says Bartumeus.