We start a trip across the science museums of Europe

We start a trip across the science museums of Europe 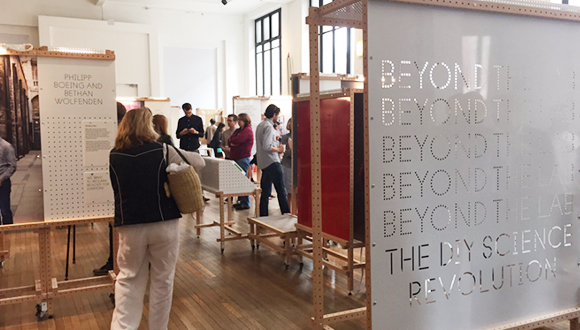 Since this summer, citizens who visit the most important science mueums of Europe can get to know first hand the most innovative projects of the health area. Sparks project, leadered by European Network of Science Centres and Museums (ECSITE), has started the exhibitions of science projects to disseminate to she society the most relevant innovations in the field of health.

The exhibition ‘Beyond the Lab: the DIY Science Revolution’ includes three areas: citizen science, ‘Health Hacking’ and ‘DIY Biology’, and has more than 230 public workshops by health scientists from all around the world. Also, the local research in the field of health will be showed in each city to explain what are these countries doing related to RRI (Responsible Research and Innovation).

The exhibition started in June 2016 and is executed simultaneously in four localities of Europe within a period of two months. Untill July 2018 it will travel through 29 countries, including Spain, where it will be available to be visited since the 4th of October to 4th of December in the Consorcio Parque de las Ciencias de Granada.

One of the projects of the exhibition has the objective to control tiger mosquito populations in Germany. ‘Mosquito Atlas’, leadered by the researcher Doreen Walther, aims students, teachers and families to participate in this project to prevent any disease outbreak transmitted by these mosquitos. Mosquito Alert and the app are also in this exhibition as an example of a citizen science project to control the tiger mosquito distribution in Spain.

Doreen Walther & the mosquito atlas are also at Beyond the lab as well as @Mosquito_Alert citizen science app pic.twitter.com/Q3dPOEjzCF

The Responsible Research and Innovation (RRI) closer to the society

Sparks is an awareness-raising project to show Europeans that they can get involved in science and that various stakeholders share the responsibility for scientific research and innovation. Also it wants citizens to become familiar and involved with the concept and practice of Responsible Research and Innovation (RRI), through technological changes in health and medicine. So the best way is inviting them to experiment and play with science.   Storify de #BeyondTheLab: